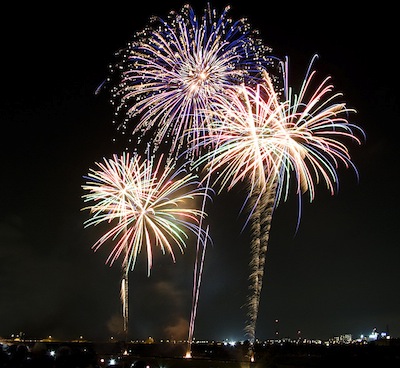 While we were all celebrating Independence Day by lighting barbecues and firing up sparklers, the U.S. 6th Circuit Court of Appeals was reigniting the affirmative-action flame. Thanks to a 2-1 ruling, Michigan’s 2006 anti-affirmative action law has been deemed unconstitutional. The decision reverses a ban on affirmative action in all Michigan public institutions, including colleges and universities.

The judges deemed that Prop 2–a successful ballot initiative that prohibited “preferential treatment” in public employment, education or contracting based on “race, sex, color, ethnicity or national origin”–violates the 14th Amendment, which guarantees equal protection under the law. They ruled that Prop 2, which was deceptively called the “Michigan Civil Rights Initiative,” actually “reorders the political process in Michigan to place special burdens on minority interests.” That’s because it would require another statewide vote in order to overturn it–a significant obstacle for minorities to overcome.

Mark Fancher of the ACLU, which was part of a coalition that challenged Prop 2, said of the decision in terms of college admissions:

It reopens the opportunity for minorities to not only be heard by university administrators, but … persuade the administrators that there is validity in considering their racial identity.

Indeed, the July 1 ruling is a huge step toward restoring affirmative action in Michigan’s public institutions. Women and people of color–and of course, women of color!–can now, once again, be acknowledged as having not had equal opportunities and representation. Affirmative-action programs were devised in order to right historical wrongs and promote, even require, a more prominent inclusion of those who have been discriminated against in public education and employment. Without such requirements in state contracting, for example, it’s easy for the “old boys’ network” to simply hire those they already know and wish to support–which most often do not include women- and minority-owned businesses.

Ward Connerly must be furious.

Connerly, an African American Republican businessman (see the lengthy Ms. magazine expose of his enriching dealings), has been a longtime leader of anti-affirmative-action efforts around the U.S. Appropriating language from the civil rights movement, he helped organize ballot-initiative campaigns such as Michigan’s Prop 2 that were designed to confuse voters by claiming to be against “discrimination and preference on the basis of race, sex, color, ethnicity or national origin.” But his initiatives also painted a picture of a world in which the “unqualified” would be hired or accepted into college simply because of their minority status. Connerly promoted the myth of meritocracy, which encourages women and people of color to believe that you can succeed even if the deck is stacked against you–as long as you work hard and play by the rules.

But as the 6th Circuit judges’ ruling reminds us, working harder is quite often not enough–especially when the rules of the working world, or the academic world, have been made and controlled by white men who use exclusionary practices that give a disproportionate share of resources and opportunities to whites and men. Affirmative-action programs, on the other hand, have proven effective in breaking barriers to inclusion: As an example, when California was practicing affirmative action in 1994, women- and minority-owned firms garnered 27.7 percent of all highway contracts, but that had dropped to 8.2 percent by 2002, eight years after the Connerly-backed anti-affirmative action Prop 209 was passed.

Other states within the 6th circuit–Kentucky, Ohio and Tennessee–will also be impacted by the ruling. It will not affect California, Washington, Arizona and Nebraska, which have similar bans (unless appeals reach the U.S. Supreme Court). However, the law firm of Scheff, Washington and Driver, which filed the Michigan lawsuit, has asked the 9th Circuit Court of Appeals (which declared the law constitutional in 1997) to overturn Prop 209, a “carbon copy” of Prop 2 [PDF].

A Return to Separate and Unequal: Education Equity is at Stake in the 2018 Elections