A Feminist Economist Speaks Out: Deficits are a Grrrl's Best Friend - Ms. Magazine
Skip to content 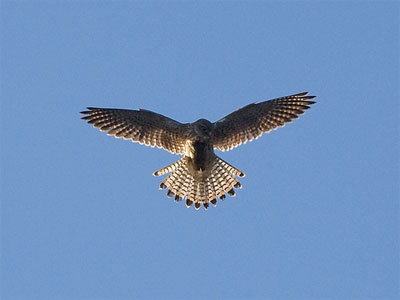 Listen up, sisters! Deficit hawks will eat your lunch, your kids, your jobs and your retirement.

An economy without a deficit is like a fish without water. Reducing the U.S. federal deficit will make unemployment and poverty worse–way worse. And that means that women’s economic condition will deteriorate even further.

Today’s deficit hawks (and way too many Democrats are flying with this flock), fundamentally and deliberately misinform by insisting on a fictional symmetry between private sector (household and corporate) bookkeeping and the U.S. federal debt.

Squawk squawk. “Families have to live within their means, they can’t borrow forever.”

“Businesses that run in the red risk bankruptcy.” Caw caw.

But the analogy—the budget of the U.S. government is like the budgets of households and firms—is false.

The mantra that “the budget must be balanced” is a throwback to the 19th century, originating from the same outmoded economic thinking that justifies women’s lower wages.

Here are the facts: U.S. government borrowing creates interest-bearing assets. The bonds are bought with dollars, the interest on them is paid in dollars and, at maturity, the bonds are paid off in dollars. Since the U.S. government is both sovereign in its own currency and the sole issuer of dollars, it can never run out of them. How could it?

Don’t think printing presses here: Federal debts are paid off by Treasury clerks making a few clicks on computer keyboards—keyboards identical to the one I’m typing on now.

In contrast, families and businesses have to earn income or sell assets to get dollars to pay off debts. The federal government does not face any such constraint. It can spend as much as it likes and borrow as much as it likes. With so many people out of work—nearly 30 million and counting–and so many firms operating well below capacity, there is no danger of inflation. So, right now, government borrowing and government spending will do one thing and one thing only: It will pump up aggregate demand, call jobs into being and reduce economic pain. Our children will be better off.

Meanwhile, the ceiling limiting the federal debt is an arbitrary constraint. There is no reason to be found, in either economics or accounting, that supports capping the federal deficit at or below its current level.

So Treasury clerk clicks transfer the ownership of U.S. treasury bonds to banks, people, or governments–the many entities which desire to hold what global capital markets deem the world’s safest asset. (How do we know these markets consider U.S. Treasury bonds to be so safe? Simple. Interest rates on them are at an historic low. Squawk, squawk you deficit hawk: In the late 1990s, the last time the budget was balanced, interest rates on Treasuries were way higher than they are now. Sorry guys, you can’t have it both ways: If interest rates are higher when the deficit equals zero, then deficits don’t drive up interest rates).

Next, a few more clerk clicks credit U.S. government accounts with the amounts generated by Treasury bond sales. No big deal. Nothing scary about it. It’s not even mysterious. Why, Old McDonald could do it!

Sure, there are all kinds of regulations about how the Treasury can organize bond auctions, who can sell what to whom and when auctions can occur, but the actual process is as simple as it is misunderstood.

Deficit hawk ranting and raving about the supposed inability to pay the federal debt is a smokescreen. There is absolutely no bookkeeping, accounting or arithmetic possibility that the U.S. could “run out of money.” How could we? “We, the people” control the availability of dollars! And that means our government can, during a crisis of unemployment, spend what it wants to spend. Any other fiscal policy will cause more unnecessary pain and suffering.

Some who see through the barrage of misinformation on deficits and the debt ceiling hail from unexpected corners of the economic universe. Consider the words of Morgan Stanley’s former chief global strategist, Barton Biggs, now a managing partner in a multibillion-dollar hedge fund. In an interview with the Wall Street Journal Biggs advocated a temporary return to New Deal policies aimed at reducing unemployment during the Great Depression. He said,

What the U.S. really needs is a massive infrastructure program … similar to the WPA back in the 1930s.

According to the WSJ, Biggs’ plan is “to employ some of the many unemployed people, jump start the economy, as well as help catch up with Asia, which is building state-of-the-art infrastructure, from new mechanized port facilities to high-speed trains.”

Guess what? Briggs would finance these programs by selling U.S. Treasuries—i.e., increasing the deficit. And yes, increasing the deficit would require Congress to raise the debt ceiling. But Tea Party ideologues would rather cause another economic crisis. The important point here: There is no crisis but for the crisis deliberately created for political purposes.

Fiscal austerity—aka, reducing the deficit—endangers our lives. Deficit spending lies behind virtually all the social services, public amenities, and consumer safety standards that distinguish the U.S. from Rwanda, Bangladesh or Guyana. The Chicago Tribune recently reported that Congress is “moving to eliminate the only national program that regularly screens U.S. fruits and vegetables for the type of E. coli that recently caused a deadly outbreak in Germany.” Clearly, this $4.5 million program is too expensive. (Note to reader: $4.5 million is just over half the median pay for top executives at the nation’s 200 largest firms, according to The New York Times. Executive pay is up 23 percent over 2009. What if each of these guys chipped in a measly $22,500 so the rest of us could eat untainted food?)

Furthermore, the 2009 infrastructure report card issued by the American Society of Civil Engineers gave the U.S. a D–clear evidence that we are “underperforming” in all areas. Aviation, bridges, dams … the list goes on. America spends only 2.4 percent of GDP on infrastructure, while Europe and China spend more than twice as much. Want safe roads? Sorry, too expensive.

What about education? Secretary of Education Arne Duncan warns that as many as 300,000 more teachers could lose their jobs. Worried about overcrowded classrooms or underperforming schools? Sorry, our hands are tied. We can’t afford it.

Libraries are at risk, too. The American Library Association reports that “nearly 15 percent of libraries nationwide, and 24 percent of urban libraries” had to reduce their operating hours due to budget cutbacks. Want to read a book? Tough. Need a computer to help with that job search? Forget it. There’s just no money.

It’s summer and dozens of parks are closed. Pools and lakes too. No jobs programs for teens. No meals on wheels for Granny. Why? To solve the non-existent budget crisis of course.

In fact decent societies don’t “cost too much.” The real problem is that our government, held hostage by right-wing extremists, won’t spend enough.

The Ms. Q&A With Ani DiFranco: “You Have License To Be All the Aspects of Yourself and To Be Unashamed of Them”
“Care is Infrastructure, Silly”: Feminists Defend Caregiving Funding in Biden’s Jobs Plan
Constitutional Rights for the “Unborn” Would Force Women to Forfeit Theirs