Will the New Hermione Please Stand Up? - Ms. Magazine
Skip to content 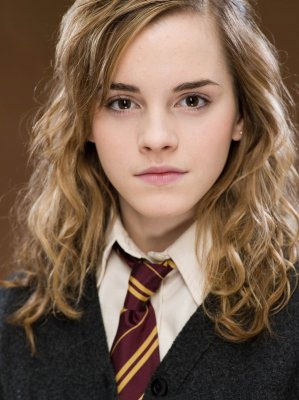 Don’t hate me, Potterites, but I would have preferred the Harry Potter series had been instead the Hermione Granger series. Sure, Harry is great and all, but, given that men protagonists still vastly outnumber women ones, I wish J.K. Rowling had chosen to frame her saga around a woman character.

Thankfully, many recent popular sagas do just that. Alas, some of the most popular (ahem, Twilight) have fairly weak protagonists, a little too focused on romance and not nearly focused enough on charging through complex narratives. Instead of talking about Edward’s golden eyes a bazillion times, how about some heroes with wit, intelligence, bravery and charisma? For that type of character, my recent favorite is Katniss from The Hunger Games.

This summer, I am on a mission to find another Katniss fix for my daughter and I (heck, for my mom and son too, who also loved the series). I have thus far turned to Matched, Divergent, and Uglies.

I was disappointed with Cassia, the protagonist from Matched. The book’s love triangle focus smacked very much of Twilight with similar undertones of pro-abstinence and you-need-a-man-to-be-complete messages. In contrast, Tris, from Divergent, gave me the Katniss chutzpah and Hermione intellect I yearn for rolled into one. And, so far, Uglies’ Tally and Shay read like feminist rebels in training.

Sadly, films with strong young women protagonists have proven non-existent this summer. While I loved Alice in Super 8, I was underwhelmed by the typical damsel-in-distress narrative she ultimately inhabited. Though I commend (and appreciate) J Boursaw’s coverage of five recent strong women in family films, I would argue that strong women leads are much rarer in film than in YA fiction. While the Goodreads list of “Best Feminist Young Adult Books” started by Jessica Stites of Ms. magazine swells with 512 titles, movies aimed at the YA set predominantly feature men leads. For a visual of these men-helmed films, take a gander at Margot Magowan’s gallery of 2011 kids movie posters here.

Unfortunately, most Harry Potter posters could be included in this gallery as they feature Harry, not Hermione. I will admit that I have already purchased my midnight tickets of the final Potter film for tonight, July 14, but that doesn’t mean I’ve given up finding a saga as popular and influential as Rowling’s that features a woman at the helm.

Thankfully, The Hunger Games film adaptation is in the works, with the wonderful Jennifer Lawrence (of Winter’s Bone) as the lead. Though I fear Hollywood will up the love triangle quotient of the story and downgrade Katniss’ feminist awesomeness, I am still hoping Games will finally prove that women-helmed narratives can attract large, diverse audiences and put the “boys will only read about (or watch films with) men leads” claim to rest.

Ah, if only I had the power to enact an Imperio curse and make Hollywood and the book publishing world fill our pages and screens with women of the Hermione/Katniss ilk! Or, maybe a new spell is needed–Arresto Bella! Hermione Engorgio! In other words, stop with the Bella-esque characters and let narratives swell with Hermione magnificence.