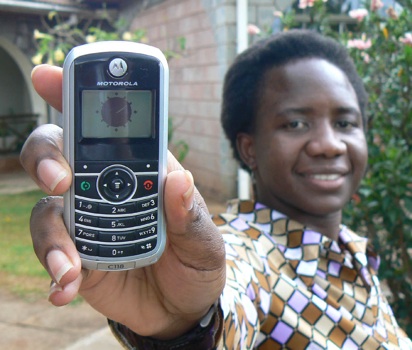 Much digital ink has been spilled on the cultural impact of technology. People have been, ahem, atwitter about the use of social media in the so-named “Arab Spring.”

Technology companies now have their eyes on the African continent as the next big market. Young people are key to Africa’s technology revolution. With 70 percent of the population under 30, the U.N. has called Africa the world’s youngest continent.

In order to reach this young population, African governments are developing strategies to not only reach potential voters, but also to train young people to use technology in ways that will boost the economy.

But what does all of this mean for women in Africa?

By almost all accounts, access to information and communication technologies (ICTs) greatly benefits women. Whether they are in urban or rural environments, new technologies offer vast health, educational and economic benefits. Yet women are still vastly underrepresented in ICT initiatives. Most technology programs target male-dominated industries or rely on networks that don’t include many women. Anyone interested in African development and women’s empowerment should work to ensure that the technology gender gap closes.

Despite this imbalance, African women have already been at the forefront of finding ways to develop revolutionary uses of technology:

Rural areas have bigger obstacles in terms of access, but ICTs are poised to make significant improvements to the lives of women in these regions as well:

Some organizations are using technology to target key women’s issues with specific campaigns:

As technology companies gear up for a push into Africa, they shouldn’t miss the tremendous opportunities for women and the continent as a whole that ICTs can offer, and the technological innovation that women can bring.

Further reading: For an in-depth analysis of this topic, check out African Women and ICTs, edited by Ineke Buskins and Anne Webb.

Reprinted from Gender Across Borders