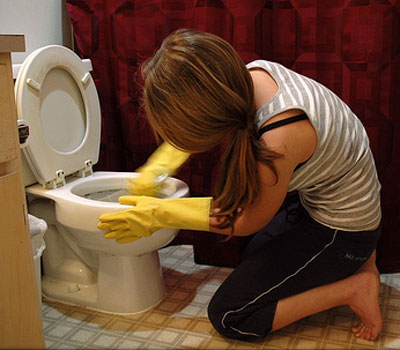 The latest cover story from Time magazine, “Chore Wars,” purports to “lay to rest” the notion of working women’s second shift, instructing them to “move on” from their feelings of inequity. The implication–a familiar one–is that wives should stop complaining and be more appreciative of their husbands.

The article mainly focuses on quantitative measures of visible work. But summing up the numbers of hours worked both for pay and at home, then comparing women’s totals to men’s, is just too simplistic (never mind the heteronormativity). The research it cites, from the Department of Labor Statistics’ American Time Use Survey, shows women with children under the age of 6 who work full-time outside the home putting in a weekly work average of 73 hours, while full-time men workers average 68 hours (no matter whether their wives work outside the home or not). In other words, not as huge a discrepancy as most assume. These same calculations show that women who work part-time put in 66 hours total, while women working only at home put in 58.

The article rightly defines the unpaid work of housework and caregiving as real work, which is a step in the right direction. But it doesn’t consider the disparate cultural value attached to each type of work. Research shows that women continue to do more low-valued housework and caregiving than do men, which cuts into the time they might spend in more highly valued paid work. Although both are germane to social sustainability, paid work confers more social and economic power. A high earner partnered with someone whose work is primarily unpaid usually has the power edge in the relationship.

As the article mentions (but fails to fully explore), women also tend to experience a lack of down time, due to more than simply the work-hours gap. There is the issue of leisure quality (is your time protected, or subject to domestic interruptions?) as well as the frequent role of women as the manager of the household. Because mainstream culture holds women and men differently accountable for family work, men tend to be order-followers rather than household organizers, and thus can relax as long as they have accomplished their chores; the buck doesn’t stop at them. Making sure work in the home is done effectively and keeping track of household and family needs is more often a woman’s responsibility.

This invisible part of household management is not easily measurable.  The article itself reveals this reality by using the language of husbands “chipping in at home.” Notice that we never read about wives “chipping in” at home, or question whether working fathers can “have it all.”

The article also briefly acknowledges the cultural expectation by both employers and society that men should work outside the home as if they have no family responsibilities. But the writer fails to show how this “ideal worker norm” justifies–and traps–men into doing less family work while women do more.

The Time article’s author, Ruth Davis Konigsberg, seems to find her own solution at the end of the piece: work longer hours at the office, forcing her husband to share more of the burdens of home. But do we want to help women achieve gender equality by allowing them to become “ideal” workers  in the economy, like men?  That strategy will never work, because it is incomplete.

First, those ideal workers either have a wife for feeding, clothing and caregiving, or they hire others–often disadvantaged women–to do those services (sometimes referred to as “shadow mothers“). Konigsburg mentions employing a babysitter to cover for the longer hours she spends at the office. American feminism must not be about climbing the corporate ladder on the backs of “help” like that.

Second, we need to redefine the ideal worker–through cultural and corporate change–to encourage more family participation from men. U.S. families are very work-friendly, but work is not very family-friendly.

Fortunately, we are gaining some ground. In the workplace, Joan Williams and the Work-Life Law Center are winning victories for workers with family responsibilities; in the home, resources such as EquallySharedParenting.com help couples realize equality in their own lives.

Some day, all employers will recognize and expect that workers, regardless of gender, should be productive in both work and family life. Until then, men and women–even those not heterosexually partnered–will continue to experience inequities that result from privileging the work of the economic institution over the equally important work of the family institution.