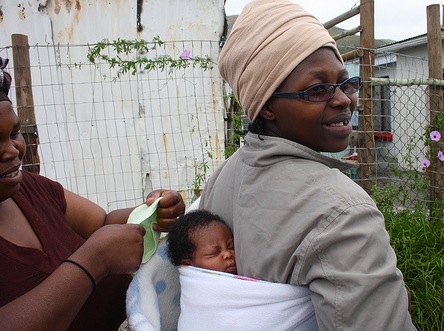 A disturbing new report from Human Rights Watch (HRW) declares that maternal care in South Africa is “failing.” According to the report, the maternal mortality rate in South Africa has quadrupled over the past decade, signaling the need for deep structural changes to the country’s healthcare system.

Documenting abuse by maternal health workers, substandard care, inefficiencies and corruption, HRW called for greater accountability but expressed skepticism about South Africa’s ability to meet its goal of reducing the maternal death rate if serious steps are not taken.

Field research for the report was conducted between August 2010 and April 2011 among “maternity patients, families, community caregivers, health and human rights experts, health workers, government officials and representatives of donor and international agencies.”

The findings were stark. Women reported being slapped and handled roughly during labor; some were left unattended for long periods after delivery; others were denied admission, even when they were clearly in labor. Some were ridiculed and taunted about enjoying sex or scolded for becoming pregnant while HIV-positive. Some hospitals had no soap, disinfectant or toilet paper. These hospitals are being investigated for the deaths of 29 babies last January.

These allegations are particularly serious because 87 percent of deliveries take place in government facilities. Some women, however, said that they were actively avoiding government hospitals and clinics because of rumors about abuse and poor care. Filing complaints didn’t seem to be an option; many women feared retribution, and nurses said that they were working under such difficult conditions that it was impossible to process complaints even if they were lodged.

The women’s stories are horrifying. “The nurses swore at me and insulted me,” one woman said. “Now you are saying you are sick and next year you will come with another pregnancy. This is not a place to enjoy or be on holiday.” The same woman was told to clean up her “mess” when she bled on the floor.

Clearly, there are systemic changes that need to occur before women can give birth safely in South Africa. Perhaps the UN’s call for more and better-trained midwives should be something that the South Africa government considers.

You can join this call to urge the U.S. government to support safe birth around the globe:

Reprinted with permission from Care2. All rights reserved.

Amelia Thomson-DeVeaux is a senior at Princeton University, majoring in religion and gender studies. She blogs for Care2 Causes and was a co-founder of Princeton's first feminist blog, Equal Writes.