Yes, The Playboy Club IS That Bad - Ms. Magazine
Skip to content 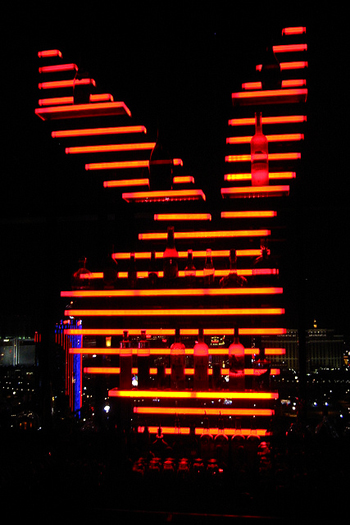 There were so many surreal scenes in the pilot of NBC’s The Playboy Club that it is difficult to pick out the most eye-popping. Was it the “bunnies” spontaneously breaking into song, or the house mother earnestly lecturing the women to be the “very best bunny they can be,” or maybe the moment when the only black bunny (indeed the only black person in the whole show) tells her bunny comrades that her life’s dream is to be the first-ever “chocolate” Playboy centerfold?

No, I think the winner is the scene near the end where a kindly, pajama-clad Hefner ruminates about being a rebel out to change America for the better.

This is the image of “Hef” peddled to the media. He is packaged as a pioneer who courageously heralded the sexual revolution with his norm-busting magazine that helped free puritanical America of its sexual hang-ups.

The actual story of Hefner’s success is less sanguine, since Playboy’s initial popularity was based on its embrace of 1940s and ’50s sexist ideas. One of the bestselling books of this era was Philip Wylie’s Generation of Vipers, which accused women of rampant materialism and selfishness. Calling women dumb, greedy, rapacious and “an idle class,” Wylie developed the concept of “momism,” which held that American wives and mothers had gained too much power over their husbands and it was about time men fought back.

Picking up on these themes, the main article in the first issue of Playboy was called “Miss Gold-Digger of 1953.” Bemoaning the good old days when alimony was reserved for “little floozies,” the Playboy editors wrote, “When a modern day marriage ends, it doesn’t matter who’s to blame–it’s always the guy who pays and pays and pays.” This was a theme that was expressed again and again in the early years of Playboy by writers such as Burt Zollo and, of course, Philip Wylie.

As the women’s movement began to gain traction, Playboy editors realized that they needed to reinvent themselves as supporters of women’s rights, or risk being seen as a relic of a bygone era. They got off to a bumpy start when a memo by Hefner was leaked by a female secretary in 1970 that read, “What I’m interested in is the highly irrational, emotional, kookie [sic] trend that feminism has taken…these chicks are our natural enemy. It is time to do battle with them.” But over the years, Hefner has, with the help of the mainstream media, carefully crafted an image of himself as a champion of women’s sexual and economic freedom.

In place of a pornographer who got rich on objectifying women, he is cast as a sweet old man who just happens to have a penchant for women young enough to be his granddaughters. Nowhere is this clearer than in the wildly successful Girls Next Door, a program that was aired on E! Entertainment–a division of NBC–from 2005 to 2010. For six seasons, E! Entertainment offered viewers a sanitized version of what really goes on in the Playboy mansion by ignoring the subtle and not-so-subtle power differential between the fabulously wealthy Hefner and the mainly working-class young women who have little education and few job prospects.

Izabella St. James, an ex-“girlfriend” of Hefner’s, gave us some insight into what actually went on when she disclosed in her book, Bunny Tales: Many of the young women didn’t want to have sex with Hefner, but it was “part of the unspoken rules. It was almost as if we had to do it in return for all the things we had.”

It is amazing that in 2011 NBC would carry a show that glamorizes a time when women were discriminated against in virtually every area of life. For women, there is nothing nostalgic about sexism. As feminists continue to fight for equality, men like Hugh Hefner who continue to exploit women should not be held up as “visionary.” This is an insult to women everywhere.

Photo from Flickr user terren in Virginia under Creative Commons 2.0.