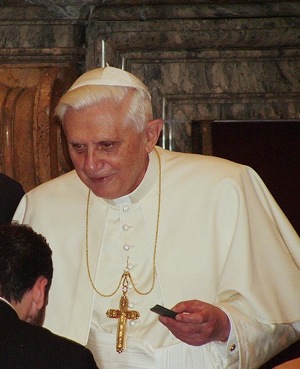 Pope Benedict XVI is in his native Germany for a long weekend, but it’s not going to be a party. Many German Catholics have turned their backs on the ancient institution and parted ways–180,000 in 2010 alone–as allegations of sexual abuse by priests continue to surface.

The Pope is coming home to a Germany that has become a beacon of progress–a leader in green technology and engineering, and the only European country that has proved itself to be fiscally responsible during the worst financial crisis in decades. It’s easy to see why the the people of such an advancing country might shun an antiquated institution such as the Catholic Church. As Germany’s leading magazine Der Spiegel writes: “Benedict is not leading his church into an open-minded future, but back into a narrow-minded past.”

Der Spiegel goes on to report that the German people feel “deceived” by a pope who has shown himself to be far more conservative than they had hoped. In addition to the abuse scandals, German Catholics are frustrated with the Church’s ban on women’s ordination and its enforcement of clerical celibacy. And, as the pope landed in Berlin yesterday, protesters gathered to denounce the Church’s stances against abortion, birth control and homosexuality.

Yet the Church continues to be impenetrable to progress and oblivious to public opinion. The pope is hoping to bring back support with his visit. Really, he is only fueling the anger that the German people are feeling: anger at an institution that claim to know a loving God, yet harbors sex offenders and enables them to continue their abuse of innocent children–and an institution that does not respect women’s rights.

Germany is where the Protestant Reformation took place some 500 years ago, when the people felt that the Church did not reflect the changes taking place in society. Funny how history has a habit of repeating itself.