This Week in Priest Abuse - Ms. Magazine
Skip to content 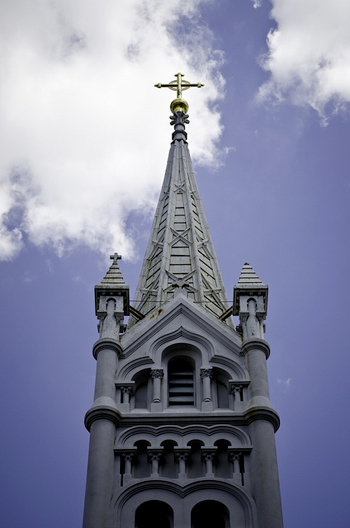 As SNAP (Survivors Network of those Abused by Priests) and the Center for Constitutional Rights (CCR) anxiously await news from the International Criminal Court (ICC) on whether they will try Pope Benedict XVI and several top Vatican officials for crimes against humanity for the epidemic of clergy sexual abuse and coverups, new allegations concerning sexual abuse by Catholic priests continue to unfold.

This past week in Canada, an 84-year-old priest, Maxime Lacroix, was ordered to appear in court in November to answer charges that he sexually assaulted a girl at his Laval parish in 1991. The girl, who was 8 years old at the time, told reporters, “I knew right away something wasn’t right but I didn’t go to police because I was afraid of being judged.”

Also resurfacing this week is the case of Bishop Robert Finn of the Diocese of Kansas City-St. Joseph, Mo. Finn and his second-in-command, Monsignor Robert Murphy, testified before their second grand jury in two months, both exploring issues of child sexual abuse. An internal investigation of the two clerics showed that they knew that Rev. Shawn Ratigan, now under federal indictment for producing and possessing child pornography, had “troubling” photos of young girls on his computer–yet the priest was still allowed to perform clerical duties for another five months. He was not reported to law enforcement, although Missouri law requires such reporting of child abuse; instead, he was simply moved to a local home for nuns so he wouldn’t be around children.

How could the bishop not have been concerned with Ratigan, a priest who possessed up-the-skirt and naked photos of very young girls, sometimes taken in church settings? A priest who the diocese had already been warned about by the principal at the Catholic school where he worked because of his inappropriate behavior around children. You can read some of Bishop Finn’s appalling excuses here. “Don’t trust me. Trust our Lord Jesus Christ, trust his church,” Finn apologetically told parishioners.

Finally, the truth: Don’t trust him.

With so many sexual abuse victims still coming forward looking for justice, and with the Catholic church under so much pressure to clean up its act, will the ICC agree to hear the SNAP case? Stay tuned.