In Mississippi, and in Every State, We ARE a Pro-Choice, Pro-Birth Control Nation - Ms. Magazine
Skip to content 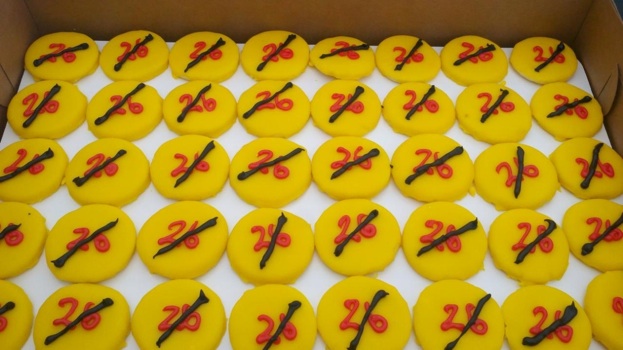 I just returned from the front lines in Mississippi, where students on campuses across the state united and mobilized to defeat the so-called “personhood” amendment. In the beginning, many political pundits made it sound as though Initiative 26 was a fait accompli. From the day I landed in Jackson to stay at my Aunt Patsy’s house and began working with our national campus organizing team and student leaders to launch Students Voting No on 26, we were told Mississippi voters were different–more conservative, more religious, more anti-abortion. Polling data seemed to confirm this notion. Our student leaders, however, knew otherwise.

The Feminist Majority Foundation‘s national Choices Campus team divided up and fanned out across the state to work with hundreds of Mississippi student leaders, as well as the statewide coalition against Initiative 26, Mississippians for Healthy Families, and the only remaining clinic providing abortion services, the Jackson Women’s Health Organization. A testament to our visibility was that our campaign signs and stickers, which read “Vote NO on 26, Save Women’s Lives” were featured in local and national news outlets, including The New York Times and the Mississippi Clarion Ledger.

Everywhere we traveled in Mississippi, from Alcorn to Columbus, from Oxford to Hattiesburg, students, faculty and community members grasped the terrible consequences of Initiative 26 and embraced our message. The campaign in Mississippi proves yet again that conservatives and liberals of all colors, young and old, know that women’s lives must and do come before fertilized eggs. Although the state elected a Republican governor and attorney general, the so-called “personhood” amendment was handily defeated by 58 percent to 42 percent.

A tremendous number of young people, in particular young women and African Americans, went to the polls to defeat the dangerous initiative. “We probably picked up more than 40 percent of the vote in the last two weeks,” says Feminist Majority Foundation President Eleanor Smeal. “Although we started from behind, as soon as the public learned of the harmful impact, we soared in the polls.”

Many say if we can win in Mississippi, we can win anywhere–especially with a campaign that mobilized to victory in three weeks. But there is another lesson to be learned here: Access to safe, legal abortion and birth control is universally and overwhelmingly supported in this country. No matter how much money organizations like the American Family Association are able to pump into completely inhumane and misogynist initiatives like 26, ultimately voters believe in birth control, fertility treatments, good medicine, abortion access and, yes, women’s lives.

If passed, Initiative 26, which proposed to give constitutional rights to a fertilized egg, would have banned emergency contraception, birth control pills, and IUDs as well as all abortions, even in cases of rape, incest or to save the life of the woman or girl. The amendment would have even gone so far as to eliminate critical medical choices for women, including some cancer treatments and in vitro fertilization. Frighteningly, it could have allowed the state to investigate and even prosecute a woman for a miscarriage.

Anti-abortion and anti-birth control extremists indicate they intend to put similar measures on six state ballots in 2012. So far, reproductive-rights supporters have defeated personhood amendments twice in Colorado–in 2008 and 2010–and now in Mississippi in 2011. If necessary, I have no doubt we can and will defeat them again.

Photo of “No on 26” cookie box courtesy of the author.

duVergne Gaines is the Director of the Feminist Majority Foundation's National Clinic Access Project. Previously, she co-directed Rock for Choice for seven years. Gaines graduated with honors and a J.D. from Loyola Law School, where she was a member of the prestigious Entertainment Law Review.