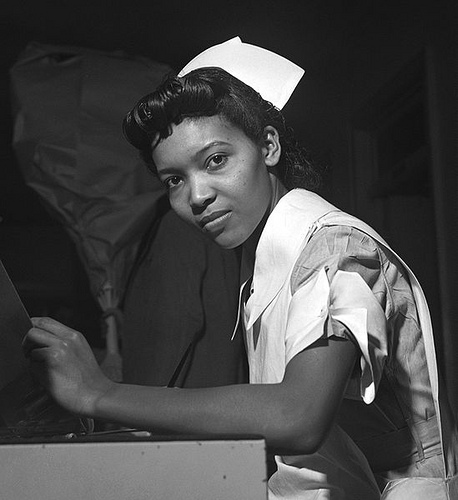 Middle-class black Americans are among those hardest hit by the recession, in part because they were more likely to be employed in public sector jobs, the New York Times reported on Tuesday:

Though the recession and continuing economic downturn have been devastating to the American middle class as a whole, the two and a half years since the declared end of the recession have been singularly harmful to middle-class blacks in terms of layoffs and unemployment, according to economists and recent government data. About one in five black workers have public-sector jobs, and African-American workers are one-third more likely than white ones to be employed in the public sector.

“The reliance on these jobs has provided African-Americans a path upward,” said Robert H. Zieger, emeritus professor of history at the University of Florida, and the author of a book on race and labor. “But it is also a vulnerability.”

President Obama’s jobs bill would have provided help for unemployed public sector workers in the form of aid to state and local governments. That money would have help prevent the public sector layoffs that have devastated so many families and communities.

But so far, Congress has rejected the proposed legislation and the president is struggling to pass some of sub-components of the bill as separate pieces of legislation. Earlier this month, Congress approved Obama’s tax credit for veterans who want to start their own businesses.

Congressional Republicans are even fighting Obama on an extension of the payroll tax cut holiday, which would put an estimated $1,000 into the pockets of a typical family. This tax break targets working people, who are likely to spend the extra money quickly and stimulate the economy.

The payroll tax holiday extension would be a welcome boost for many American families, but, like the veterans tax credit, it would be a drop in the bucket. What’s really needed is major federal investment to support state and local governments coupled with direct job creation through spending on social and physical infrastructure.

For a more specific look at which kinds of legislation are necessary to help get women back to work, check out the author’s article “Jobs, Jobs, Jobs” in the new issue of Ms.! To have this issue delivered straight to your door, join the Ms. community.