Women in the World Meet at Summit: An Interview with Tina Brown - Ms. Magazine
Skip to content 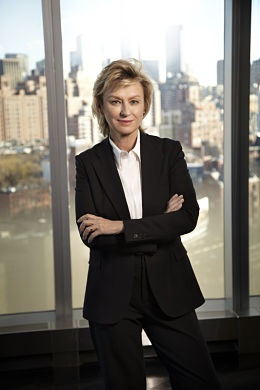 With U.S. women’s essential rights under attack by conservative forces in Washington, and many women around the globe fighting for their very survival, we can all use some inspiration to create positive change. Here’s one place to start: Newsweek and The Daily Beast’s third annual Women in the World summit, which will take place March 8-10 at Lincoln Center in New York City.

I recently had the opportunity to talk to Tina Brown, editor-in-chief of Newsweek & The Daily Beast–and founder of the Women in the World summit–about this year’s event.

Ms. Blog: What was the original inspiration for organizing these summits and what do you hope to accomplish with these gatherings?

Tina Brown: I’ve been passionate about these issues for a long time–long before we started The Daily Beast I saw there was a gap in telling these stories. We read the headlines in the news, but we seldom get to hear these individual stories, and the Women in the World summit does that–we give a spotlight to issues that mainstream media doesn’t typically like to touch.

What will take place at this year’s summit?

We’ve grown up and into Lincoln Center, which means we can open it up to the public. Big name advocates and activists like Hillary Clinton, Angelina Jolie, Leymah Gbowee, Meryl Streep are joining us on stage, as well those you might not be so familiar with–like the fearless Egyptian blogger Dalia Ziada and the truly inspirational Congolese genocide survivor Sandra Uwiringiy’imana.

Last year you also launched the Women in the World Foundation–what is its mission?

Our goal is simple really–to collab 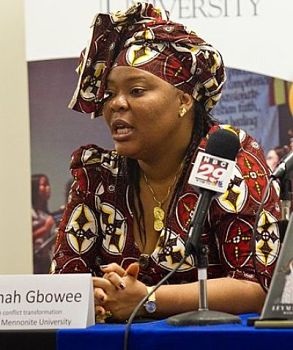 orate, convene and connect. After the first two years of the summit, we had such an outpouring of interest from all corners–people wanting to take action, to get involved–that we launched the Foundation to facilitate that.

Women currently hold only 3 percent of clout positions within the mainstream media industry, you being one of them.  What does it mean to have a woman who is a feminist running a major media empire?

If you could go back and give advice to your 20-year-old self, what would it be?

How do you view the situation for women globally today?

When you look at somewhere like Burma, and the heroic journey of Aung San Suu Kyi, you are reminded of how much we in the West take for granted. This is a woman who spent 15 years under house arrest–living under daily death threats, apart from her husband and children–all for the sake of improving the basic human rights of the Burmese people. It’s sobering. Even here in America, the political dialogue is struggling with the same reproductive health concerns from 50 years ago–it’s amazing how much things have stalled for women all over the world. In this week’s Newsweek, we are running our incredible 150 Fearless Women profiles: inspirational women who are making their voices heard all over the world. I think it is important to keep taking action and working to effect actual change.

If you can’t be at the summit in person, it will be livestreamed.

Marianne Schnall is a widely published writer and interviewer whose work has appeared in a variety of media outlets including O, The Oprah Magazine, TIME.com, Forbes, InStyle, CNN.com, Refinery29, EW.com, Marie Claire, Glamour, the Women’s Media Center, The Huffington Post, and many others. Schnall is the founder of Feminist.com, a leading women’s website and nonprofit organization, and WhatWillItTake.com, a media and event platform that engages women everywhere to advance in all levels of leadership and take action. She is the author of What Will It Take to Make a Woman President? Conversations About Women, Leadership & Power (recommended by Beyoncé). Her new books are Leading the Way: Inspiring Words for Women on How to Live and Lead with Courage, Confidence, and Authenticity and Dare to Be You: Inspirational Advice for Girls on Finding Your Voice, Leading Fearlessly, and Making a Difference. Learn more at www.marianneschnall.com.