“Its billion-dollar-a-year price tag spent by the radical feminists to pursue their ideology and goals (known as feminist pork) make it an embarrassment to members of Congress who voted for it.” —Phyllis Schlafly.

A “boondoggle … (it) creates an ideology that all men are guilty and all women are victims.” —Janice Crouse, Concerned Women for America. 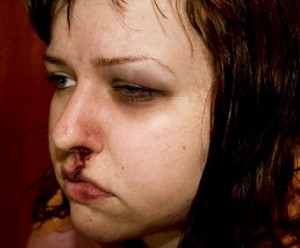 So spoke two leading conservative women on the current attempts in the Senate to renew the Violence Against Women Act (VAWA). And yet another front in this long season of the War on Women has been launched. But the reconsideration of this policy issue, first brought to the fore by feminists in the 1970s, is particularly jarring to me. It has made it depressingly clear that seemingly all policy items brought forward by the women’s movement are being reevaluated and refought, even those considered less contentious and long settled.

Abortion, of course, was always fated to be the outlier in terms of public consensus, though the attacks of this past year are unprecedented. But contraception for a time did serve as common ground between supporters and opponents of abortion. Recall that George H.W. Bush, as a congressman, introduced the legislation for Title X, the first federal program that provided family planning services, and President Richard Nixon signed it. Today, of course, many Republicans are on record as wanting to abolish Title X, let alone take away other reproductive rights and health-care benefits.

OK, let’s acknowledge that any policy issues that directly deal with sexuality are doomed to be divisive in sexually immature America. How about breast cancer, a disease that strikes women across the political spectrum? In that realm, too, there was once widespread consensus that this was an issue around which women, and the men who cared about them, could unite. Indeed, once Republican women started being elected to Congress, the Congressional Women’s Caucus found abortion too toxic to address, but breast cancer legislation became the glue that held the caucus together. The recent disastrous attempt by the Susan G. Komen Fund, the nation’s largest breast cancer organization, to withdraw funding from Planned Parenthood because of pressure from anti-abortion groups has not only wounded the Fund; that episode was a reminder that breast cancer had long been entwined with anti-choice politics, given the repeated attempts to argue that abortion patients were more likely to get this disease. (Scientists have decisively repudiated this link.)

But back to domestic violence. When the issue was first brought to the fore by feminists in the 1970s, social conservatives (including Schlafly) denounced the issue in much the same terms as they are using today. But for a while, domestic violence did become arguably the most successful of the policy items brought forward by feminists. Federal, state and local entities, not to mention private funders, supported shelters and educational programs, and while many of these shelters predictably struggle for funding, the issue of domestic violence probably comes closest (along with equal pay) to being something that most people–Schlafly and her followers aside—agree is a legitimate issue of public concern. Indeed, in the thank-god-for-small-favors department, it is gratifying to see at least some Senators squirm as they decide if and how to vote against this legislation. As Sen. Roy Blunt of Missouri (author of the infamous amendment which would drastically limit contraceptive coverage) said of VAWA, “If Republicans can’t be for it, we need to have a very convincing alternative.”

It is striking to contemplate that in our current political culture there is seemingly no item of gender equality that transcends polarization.

A longer version of this piece originally appeared in RHRealityCheck.