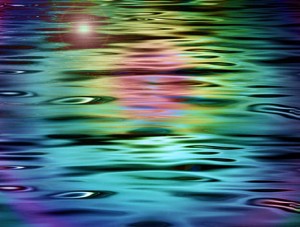 Despite (or perhaps because of) the patriarchy of many organized religions, feminism and spirituality have long-standing–if not universally-accepted–ties, from ancient goddess worship to contemporary Christian, Jewish, Buddhist, Wiccan/Pagan and Muslim feminisms. Today, I want to chronicle just a few of of the diverse intersections of feminism and spirituality in our modern world.

The Women Alliance for Theology, Ethics and Ritual (WATER) is a great example of how non-denominational religious and spiritual practices can be marshaled for social justice. Founded in 1983 by Mary E. Hunt and Dianne L. Neu, WATER’s programs include spiritual counseling, resources for feminist theologians, work opportunities for people with disabilities and a series of teleconferences on subjects as diverse as queer politics and the intersections of race, class and spirituality. Hunt told the Ms. Blog:

Our common goal is to empower women to make choices about and contributions to their own spirituality as they engage in justice work … Both feminism and spirituality focus on important quality of life issues. … While postmodernity is well on the way to jettisoning patriarchal religions (albeit not fast enough), there is still a widespread hunger for spiritual nourishment, for making sense of the world’s complexities. Religions do that, not by their dogmas or doctrines, but by the mere fact of connecting people who want ask questions together and try out various answers.

For the younger set of spiritual feminists, there’s Trista Hendren’s forthcoming children’s book The Girl God. Raising her children in both Islamic and Christian traditions, Hendren realized that her daughter was being “fundamentally excluded from both religions in a way that was damaging to her”:

So Hendren wrote The Girl God, with illustrations by Norwegian artist Elisabeth Slettnes, to inspire children in spiritual households to envision a world in which God is not always implicitly male. In addition to helping girls relate to religion, she also hopes to prompt them to question patriarchy:

What I wanted to do with The Girl God was to relate spirituality back to my daughter in a way that she could understand and to begin to expose her to feminist thought … I don’t understand why we wait to teach Women’s Studies to our girls until they are in college. This is too late. The damage has already been done.

Other organizations like The YIN Project, The Goddess Collective, and the online course Key to Feminine Power provide various spiritual paths for women. And, as always, I depend on you, readers, to list your own suggestions of resources for spiritually minded feminists in the comments!

Part Twenty-four in a Women’s History Month series celebrating organizations and ideas that represent the future of feminism.