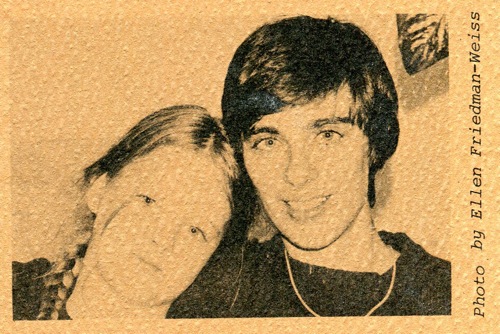 In her introduction to Poems from the Women’s Movement, Honor Moore recollects a friend saying, “The women’s movement was poetry.”

The women’s movement was–and is–many things, and poetry was–and is–a necessary part of it. During the 1970s, poetry provided a way for women to find their voices and validate their experiences. Poetry enabled feminists to challenge dominant narratives and begin to think differently. Feminists wrote, circulated and performed poetry to agitate and inspire other women. Poetry was intimately tied to consciousness-raising as a way for women to voice their dreams and desires. It could be found in publications such as The Furies and Ms., as well as in a plethora of anthologies and chapbooks put out by small presses and passed from hand to hand. Some feminist poets of the time, particularly Audre Lorde, Adrienne Rich and Marilyn Hacker, achieved broad recognition, and today their poetry is anthologized widely. Their work is a testament to the staying power of feminist poetry, as well as to its evolution over the past four decades. 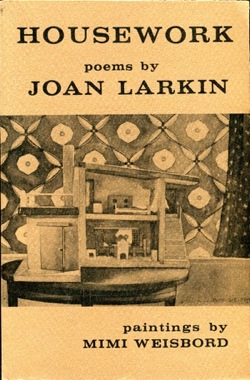 For National Poetry Month, I will revisit the energy and intensity of the women’s movement in the 1970s by presenting five poems by lesser-known feminist poets. Two things make each of the poems in this series special. First, each poem draws its content from the everyday stuff of women’s lives. Their subjects were immediate and urgent to feminists in the 1970s—and they continue to be today.

Second, each poem was first published by a small feminist press. During the 1970s and 1980s, such presses flourished in the U.S. and gave a start to many feminist writers who are well-known today. Some were modest in scale; others aspired to displace the so-called LICE (Literary Industrial Corporate Establishment). Most of these publishers are now gone, and, unfortunately, much of what they published is now out of print, although occasionally available from used booksellers.

To kick off the series, I present Joan Larkin’s poem “‘Vagina’ Sonnet” from her collection Housework. Housework was published in 1975 by a small, Brooklyn-based press, Out & Out Books. Larkin was a member of the collective that operated the press, which published 18 books before closing its doors in 1980.

In “‘Vagina’ Sonnet,” Larkin questions what language is appropriate for poems and addresses quotidian misogyny. She employs compression and wordplay to lend power to the poem’s message, which is both playful and polemical.

Is “vagina” suitable for use

in a sonnet? I don’t suppose so.

Meaning, of course, the sound of it. In poems.

Meanwhile, he inserts his penis frequently

into his verse, calling it, seriously, “My

Penis.” It is short, I know, and dignified.

I mean of course the sound of it. In poems.

This whole thing is unfortunate, but petty,

in the throat of the revolution–

a waste of brains–to be concerned about

this minor issue of my cunt’s good name.

‘Vagina’ Sonnet, Copyright Joan Larkin, reproduced with the permission of the author.

A complete bibliography of Larkin’s work.

Larkin was recently awarded the 2011 Academy Fellowship from the Academy of American Poets. 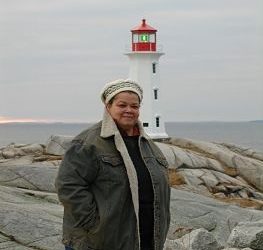 Black Herstory: A Poetic Call to Justice From Lesbian Feminists

SCOTUS Claims Abortion Proponents Are Motivated by Eugenics and Eliminating the ‘Unfit’—But History Says Otherwise
Demystifying Cyber: Cybersecurity Should Be on Everyone’s Radar, Says Congressional Staffer Hope Goins
‘The Most Vulnerable of the Vulnerable:’ The Story of Erica Sheppard, a Lifelong Victim of Abuse on Death Row