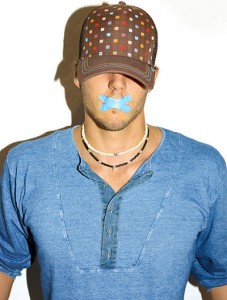 For too many women—as well as LGBTQ folks and men who don’t “blend in”—crossing the street, riding a bus or running in the park involve the risk of catcalls, groping, leering or even violence.

Studies show that nearly 90 percent of women have been harassed in public by the age of 19. Not to mention, as anti-street harassment expert Holly Kearl points out, “Gender-based street harassment can intersect with racism, homophobia and transphobia, classism and ableism to create multi-layered harassment.” Since there are legal recourses for victims of school and workplace harassment, the streets remain one of the final unsafe frontiers for marginalized groups. Until we have the freedom to move through our everyday lives without fear, we will not have achieved basic civil rights.

Since men are almost entirely responsible for catcalls and groping, street harassment is clearly their issue. To solve the problem, we need men to be true allies to women, girls and the queer community. But how?

A group of New York City activists recently answered this question with their new video, “Shit Men Say to Men Who Say Shit to Women on the Street.” The team that created the video believes that street harassment is flat-out wrong, and that guys have a role in ending it. With humor, the video directly addresses harassers:

Joe Samalin, an anti-violence activist who appears in the video (and who formerly worked with Men Can Stop Rape), explains:

Today men–straight, gay, young, old, of all races—are asking what we can do to change things. But knowing the right words means nothing without [recognizing] the violence all around us and the will to challenge and stop it consistently.

This powerful action is not about “brave knights” protecting vulnerable women, but about men holding themselves and other men accountable for both their violence and their silence. “That is our responsibility,” Samalin says.

We’re stoked about how viral the video is going, and … the online conversations that are springing up around it. There are all sorts of discussions happening among men about what actually constitutes street harassment, how men can support women who like or at least don’t mind different sorts of attention in public—and also, how men need to be accountable for the unfair ‘automatic rock star image’ we obtain by doing things like being in this video.

Why did this group of video-activists keep the message light when the issue is so heavy? “As activists we often need humor to survive. We felt that in a short video, humor was an important entry point into a conversation,” says Bix Gabriel, a member of the film-making team.

Street harassment teaches victims to be silent for fear of escalating the situation. While that can be the safest path for individuals, it has collectively led us down a dangerous road. Ultimately, perpetrators realize they won’t be held accountable and will continue to harass. That’s why male allies are key.

“The video encourages men to nonviolently intervene when their friend, for example, is harassing women or others on the street,” says Fivel Rothberg, who shot, co-directed, and edited the project. After watching the film, Ohio University graduate student Anna Wiederhold noted: “If I speak out against street harassment, I’m a bitchy feminist. If my brother, boyfriend, father, or male friend speaks out, he just might make a difference.”

This video is an example of male bystanders refusing to be silent–a welcome improvement. Speaking out against street harassment chips away at a culture of silence that enables anti-woman and anti-queer violence. Together, we have the power to end street harassment.