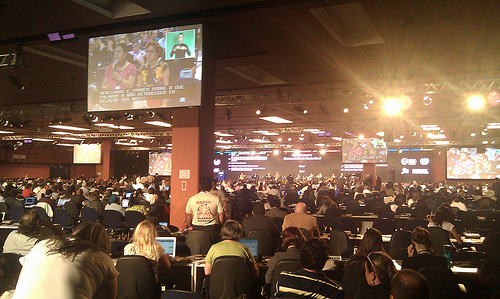 Like many, I went to Rio full of expectations. I had been feeding off of the hype for months:

This UN conference will be a seminal moment in history!

The outcomes from Rio+20 will set the agenda for a new development paradigm reaching beyond 2015!

Leaders from around the world will make sure the world is a better place for youth, women, indigenous populations and generations to come!

I could go on. But if you’ve seen any of the news on the Rio+20 UN Conference on Sustainable Development [so named because of the Earth Summit in the Brazilian city 20 years ago], which ran from June 20-22, you know it did not live up to the hype.  Ask anyone from any sector–oceans, food security, education, energy–and they will all express disappointment.  But for those of us advancing the sexual and reproductive rights of women, Rio+20 has been particularly disappointing.

Not only is the Rio +20 outcome document, “The Future We Want,” silent on reproductive rights, but during the negotiations many of  the EU and G77 countries who have been progressive on these issues in the past were completely silent as well. Despite encouragement from the U.S. [including in a speech by Secretary of State Hillary Clinton] and a handful of other countries to protect and support women’s rights, these “allies” said nothing and did nothing as the Holy See, Malta, Poland, Algeria, and other conservative countries rolled back the clock.

Ironically, on the very day the Rio+20 outcome document was finalized, the Guttmacher Institute and UNFPA released a study [pdf] showing that little progress has been made in meeting women’s need for contraception. In the 69 poorest countries, the need actually increased from 153 to 162 million women between 2008 and 2012.

Heads of state will now return home patting themselves on the back for arriving at such a quick consensus and for all of the speeches and handshakes and photo-ops throughout the week.  But when they return home, what will they have to say to the millions of women whose basic sexual and reproductive rights these leaders did too little to protect or support?  The stakes are too high for the answer to be “nothing.”

We need to let them know that their silence is unacceptable.

Photo of UN plenary room at Rio+20 by Flickr user brunosan under license from Creative Commons 2.0