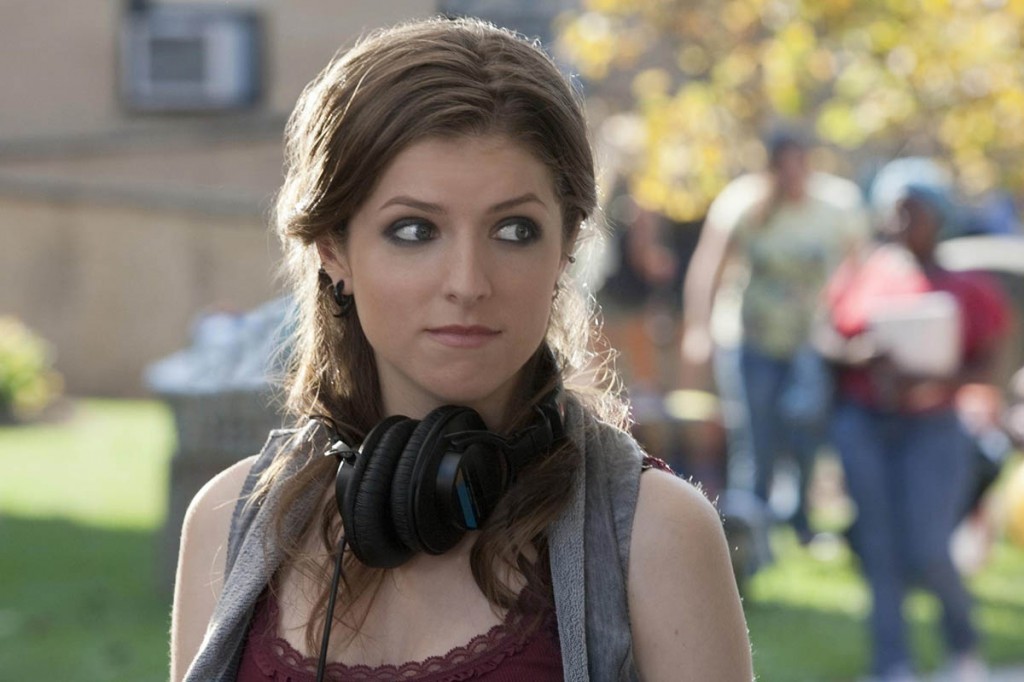 From the trailer‘s wanna-be-gruff opening music and star Anna Kendrick’s heavy-handed black eyeliner, we know  that the upcoming film Pitch Perfect (scheduled for release October 5) is going to be edgy. Well, as edgy as a comedy musical centered around an a capella rivalry can be.

In the opening sequence, an upbeat orientation leader hands Kendrick’s character, a freshman at the fictitious Barden University, an “official BU rape whistle,” like she would dole out any other welcome week goods–a keychain from the alumni center, perhaps. And she offers this bit of advice: “Don’t blow it unless it’s actually happening!”

It’s a tasteless joke that makes light of an immensely serious issue. One in five women experience sexual assault in college, according to a U.S. Department of Justice report. Of those who do experience rape, more than half don’t tell anyone, let alone blow a rape whistle. Jokes about rape, and whether or not it happens, only increase these numbers.

After three years in college, I know that sexual assault is far more rampant than the numbers show, and trivialized all too often. It’s confusing and fraught with complicated emotions, especially when it’s not the overused stereotype of a stranger in a dark alley; in fact, nine in 10 offenders are known to the victim. Because it’s hard to label someone you know–a boyfriend, friend, classmate or acquaintance–as a rapist, the crime often goes unreported. And though women in college may very well understand the legal definition of rape (and not all do), an amalgam of factors unique to college campuses–drinking, drugs and knowing the offender–can cause confusion.

Enmeshed in college culture, I see the downplaying of rape firsthand. But you don’t need to be taking a full course load to know that campus rape is taken too lightly. Almost two years ago, a video proving this attitude at Yale went viral. It featured a group of fraternity men chanting “No means yes, yes means anal” as they paraded through campus, intentionally stopping in front of first-year women’s housing. The sexist chant was intended to bring the fraternity pledges together–a camaraderie founded on debasing women. Soon after, Yale was the target of a Title IX lawsuit, claiming the university was a “hostile sexual environment” for women. Though the Department of Education cleared Yale of the charges last week, universities around the country still face obstacles in achieving the equality Title IX stipulates. Jokes about rape only hinder that progress.

Capitol Hill took notice last year, when Education Secretary Arne Duncan and Vice President Joe Biden issued new guidelines for colleges to “end the cycle of sexual violence on campus.” Biden’s campaign against sexual assault, 1 is 2 Many, focuses on women ages 16-24 because of the high rates of sexual assault young women endure. The effort acknowledges attempts to stop rape and sexual assault, but insists there’s more to do:

Despite the significant progress made in reducing violence against women, there is still a long way to go. Young women still face the highest rates of dating violence and sexual assault.

Pitch Perfect‘s Barden University is no Yale. The group of men represented in the trailer is an a capella club, and the only chanting they do is a fast-paced, instrument-free rendition of Toni Basil’s ’80s hit “Mickey.” But rape jokes like Pitch Perfect‘s zinger shouldn’t become the norm, especially in a comedy aimed at young women, one of the demographics most vulnerable to sexual assault. If Mean Girls taught my generation anything, it’s that snappy one-liners have a knack for pervading popular culture. Jokes about rape allow for a culture that doesn’t take rape, and the people who experience it, seriously. And that’s not a culture we can tolerate.