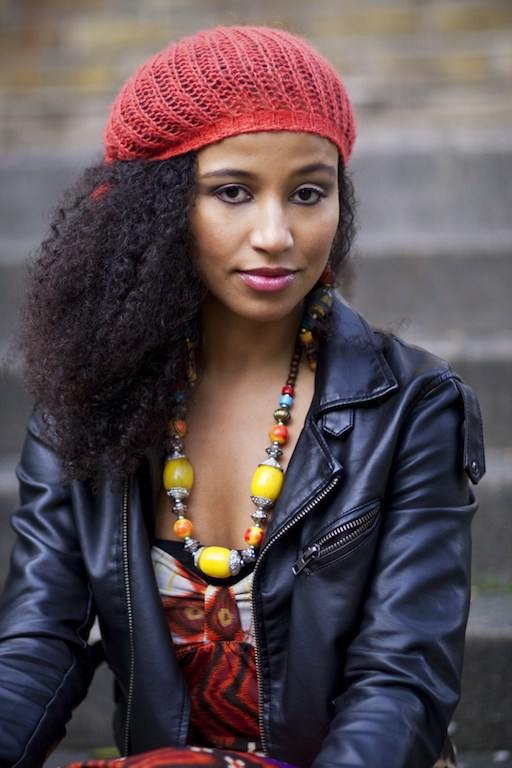 Despite centuries of cultural practice that has routinely silenced the voices of African women, one of the most vibrant and vocal online global feminist communities comes from Africa. The online writers from the African feminist movement are nuanced and complex as they share their stories, their lives, their struggles and their triumphs. I had the privilege of speaking with three of them–Minna Salami, Lesley Agams and Spectra. Here’s the first of a three-part series:

Minna Salami, 33, is a blogger, writer and social commentator on African feminism, pop culture and race, and is founder/editor of MsAfropolitan.com and an online shop, The MsAfropolitan Boutique. The latter was launched as a tribute to the African Women’s Decade 2010–2020. Minna’s writing and commentary have featured on the Huffington Post, The Independent and CNN.com, as well as in The Guardian and ARISE magazine. She has been a guest speaker and pundit at the Southbank Centre, University of Warwick and on Channel 4. Minna is working towards an MA in gender studies at the School of Oriental and African Studies, University of London.

What topics do you find you write about most frequently?

As an African feminist, I’m conscious of my identity as an African–Nigerian to be more specific–as well as my identity as a woman. The two are inseparable, and the work that I do in one way or another relates back to those elements of my being and to the Afro-feminist project of empowering myself and others to the greatest extent possible.

Have you found that blogging/Twitter/the Internet in general help the reach/impact of African feminists?

Definitely. Social media is a great tool with which we can extend our voices to wider audiences. Some of the ways in which it has been useful is finding one another and starting to create an African feminist network. For example, on twitter we are using the #AfriFem hashtag to share links, thoughts and connect with each other. Through blogs, ezines and online journals like www.feministafrica.org we are also archiving our stories and discussions, be they on theory, activism, personal experiences, LGBTIQ communities, literature, film, technology and so on. I believe that there is nothing more important than creating an archive of stories that are told by us ourselves. This has not always been the case, and therefore, many African women working against racism, patriarchal norms, etc., have been too easily silenced from the mainstream narratives.

What pitfalls/challenges have you experienced as an African feminist?
Africa and its diaspora communities, like all others, harbor their extent of anti-feminist views, and so it can be a challenge to be met with resistance or with claims that it is “unAfrican” to be feminist. This sentiment is boosted by the false idea that feminism originated in the West. False, as there is a historical pattern of feminist activism in African history. However, at the same time it has been encouraging to learn how widespread African feminism is and that we also have the support of many of the elders, and women and men across the continent.

How do you ensure that your voice/opinion/story is heard within Western/American feminism?
The following quote from Audre Lorde’s open letter to Mary Daly in 1979 comes to mind. She wrote:

Some western women like to build and promote their careers by going to the Third World and doing research work and becoming scholars. … This sort of neo-colonialism in the name of feminism has to go.

Well, 30 years later and we are still facing similar problems where general knowledge about womanhood is often produced without taking into account that gendered racism can also be part of women’s lives and that we don’t all experience womanhood the same, even though our challenges are related. However, on a more uplifting note, there are simultaneously growing networks of transnational and global feminisms where the idea is not so much to see feminism as a uniform idea but rather to be enriched by its nuances. I think that expanding those spaces rather than protesting against those where our voices are excluded is higher on the list of priorities for today’s African and black feminists.

More African Feminist blogs to check out (please add your favorites in the comments!):