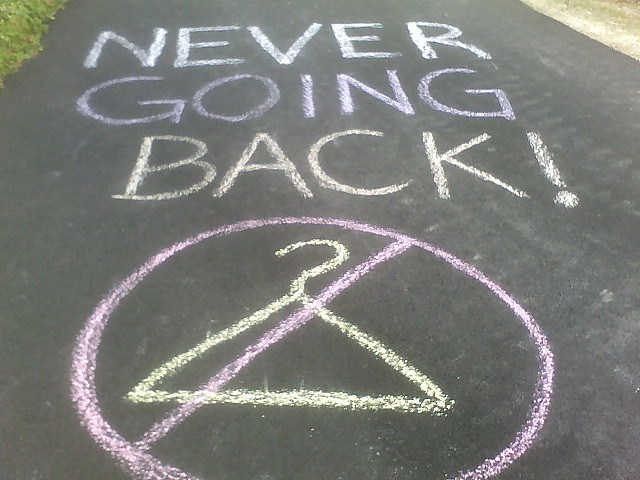 When Diane Derzis shut the doors of the New Woman All Women Health Care clinic in Birmingham, Ala., last May, she did not expect the clinic to be shut for good.

Derzis, known as the “Abortion Queen” by both her opponents and her supporters in the Deep South, was under investigation by the Alabama Department of Public Health after two of her patients were given an improper dosage of medication. Though Derzis self-reported the incident, which resulted in transporting the two women to a hospital via ambulance but no harmful injuries or fatalities, the Department of Public Health felt compelled to inspect the clinic and its records.

Despite Derzis’ long, notable history of aiding abortion in the South, spanning back to 1974, the result was unexpected: a 76-page deficiencies report and the revocation of Derzis’ clinic license.

“There were several findings made that affected patient safety,” says Brian Hale, deputy general counsel of Alabama Department of Public Health. Among those were “deficiencies in medical records, training and skills validation of professional staff, handling of after-hours calls by staff and lack of medication protocols.”

The State Board of Health gave Derzis three options: sell, lease or close the clinic. Derzis chose lease, finding a licensee in Kelly Rain-Water, an acquaintance who, stresses duVergne Gaines, legal coordinator at the Feminist Majority Foundation, had no previous business relationship with Derzis. But last Thursday, the Board of Health denied Rain-Water’s license application for the second time, claiming she is too closely affiliated to Derzis.

If Derzis’ name sounds familiar, it’s because she was in the news last July when the other clinic she oversees, Mississippi’s Jackson Women’s Health, was in jeopardy of being closed due to an overreaching new TRAP law. As the last remaining abortion clinic in Mississippi, Jackson Women’s Health serves as the sole pro-choice mainstay in the zealous anti-choice state, and currently stays open with the help of a federal injunction.

New Woman All Women, one of only five abortion clinics in Alabama, has not been so lucky.

New Woman All Women has long been the site of anti-abortion attacks, notably in 1998 when Eric Rudolph nail-bombed the clinic, killing a security guard and seriously injuring a nurse. Rudolph was convicted and is serving life imprisonment. But despite constant vigilance by the clinic’s staff and a court order barring protesters from the property, the harassment continued.

“Doctors have quit,” says Gaines. “And the police department did not enforce the injunction.”

Alabama is one of the most anti-choice states in the union, boasting several TRAP laws that make running an abortion clinic expensive and exhaustive. The state also mandates 24-hour waiting periods and biased counseling before abortion procedures, and places a gag rule on organizations that advocate abortion.

To Gaines, the state’s anti-choice atmosphere hints that there’s more at play here than clinic logistics and documentation.

“I don’t think the state had any intent to approve [the application],” she says. “It’s political interference. Anti-abortion extremists, such as Operation Rescue, have led this relentless campaign to go after Derzis, the clinic and all the doctors that work for [Derzis].”

In the 15 years that Derzis owned and ran New Woman All Women, no patients died or were seriously injured. However, Hale says that Derzis “had a history of serious deficient practices including operation under a probational license in 2006 for rule violations.” The medication incident earlier this year was a serious violation that warrants the clinic’s closure, according to Hale.

Nonetheless, Derzis vows to re-open the clinic as soon as she can and “continue to provide excellent care to women.” She adds that Rain-Water will redo her lease application.

Hale declined to comment on whether or not Rain-Water’s application will be successful, but stressed that Derzis and her company, All Women Inc., can no longer be involved in the clinic’s future operations nor profit from the clinic.

Though New Woman All Women will have to re-open without Derzis, Jackson Women’s Health “is forging ahead,” she tells Ms. Since the federal injunction granted in mid-July, the clinic has been running as usual despite increased pressure from its daily anti-choice protesters camped along its sidewalk.