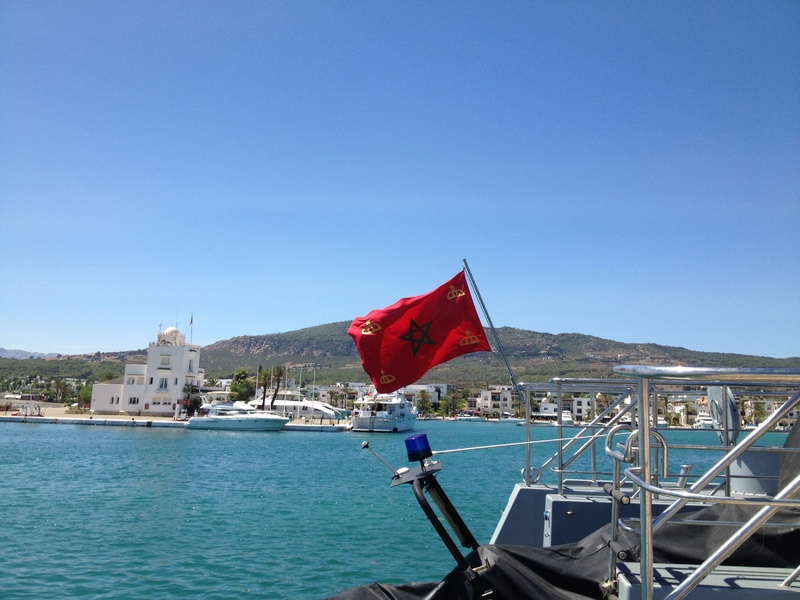 UPDATE: Moroccan authorities prevented all access by residents to the Women on Waves ship. The ship was also searched by the authorities, and the ship’s captains were told they had to leave the harbor although nothing incriminating was found. The ship will stay near Morocco as Women on Waves plans its next move.

The Dutch NGO Women on Waves has docked in the harbour of Marina Smir today after several hours of delay by the Moroccan navy. The ship met opposition from the Dutch Health Ministry earlier this afternoon after they announced that Women on Waves could not carry out abortions in international waters because they had failed to apply for a permit.

On the vessel, Moroccan women will be provided with the means for safe and legal medical abortions once it sails out 12 miles to international waters. The ship will also launch a hotline number (0633234333) at which women can receive information about safe medical abortion. The pill Misoprostol, which can be used to induce a safe abortion at home until 12 weeks of pregnancy, is available in Morocco under the brand name Artotec. Misoprostol is on the World Health Organization’s List of Essential Medicines.

Dutch parliamentarian of the Green Party, Liesbeth van Tongeren, will be among those greeting the ship’s arrival. van Tongeren tweeted her support for and solidarity with Women on Waves in their collaboration with M.A.L.I (Mouvement alternatif pour les libertés individuelles), saying “Abortion is illegal in Morocco, even when a woman has been raped. Safe abortions are a fundamental human right.”

Despite such supporters, the Women on Waves boat were also expecting resistance. A report from the Associated Press in Rabat revealed that the Moroccan Ministry of Health wants to prohibit the ship’s entry and has urged Moroccan authorities to intervene. According to Al Arabiya News, lawyer Abdelmalik Zaza was quoted in al-Tajdid, the newspaper of the ruling Islamist, Justice and Development Party (PJD), as saying,

Moroccan law forbids abortion. Moroccan religious identity says it is forbidden and so does Islam. So the government cannot allow this ship to come to Morocco.

It’s true that the initiative is symbolic, to defend the rights of women to have abortions. But to practice abortion at sea, in international waters, is for me a way of circumventing the law and is something clandestine.

Women on Waves and M.A.L.I stand strong in their belief that a woman’s right to choose an abortion is part of her basic human rights. This conviction excludes religious argumentation. Women on Waves has acknowledged that the action of the ship is largely symbolic, but the action is in no way secret and was never meant to be. The legal technicality of being able to offer women abortion services in international waters is designed to publicly open political debate, catalyze legal change and, most of all, provide women with a fundamental freedom.

Photo of Moroccan flag via Women on Waves.