What an Increasingly Older Population Means for Women - Ms. Magazine
Skip to content 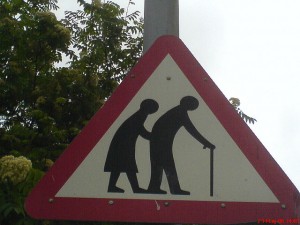 Within the next 10 years, the number of people over age 60 will surpass one billion, as the world’s population reaches between seven and eight billion. By 2050, the world’s 80-and-older population will nearly triple. The United States currently has the third highest number of older people (ages 60 and up), but many developing countries are aging up to four times faster.

These and other sobering facts can be garnered from a report released last week by the United Nations Population Fund (UNFPA) and HelpAge International—Ageing in the Twenty-First Century: A Celebration and a Challenge. (No, that’s not a typo–the British spell “aging” with an “e”.)

While the increasing age of our world population is certainly a sign of success in many regards, particularly healthcare advances, it’s also a cause of numerous concerns–among them economic security, environmental issues and cultural challenges.

In a teleconference last week, Jose Miguel Guzman, report coauthor and chief of the Population and Development branch of UNFPA, outlined changes in policy and attitude that need to be initiated in response to the world’s “aging.” To start with, all national governments need to recognize the growing older population and prepare to meet its needs. This, says Guzman, will require strong political and economic commitment as well as policy action: Many countries still lack affordable healthcare, work opportunities and other resources for their older citizens.

Richard Blewitt, CEO of HealthAge International and the report’s coauthor, pointed out that many governments mismanage their aging populations because older people are not seen as economic and social assets, and therefore are not as engaged in public life. Both authors stressed that more must be done to prevent discrimination based not just on age but on race and other demographics as well.

Martha Farnsworth Riche, former director of the U.S. Census Bureau, noted that most of us in the U.S. now live past age 60, and an increasing number past 80. But work requirements are changing quickly, older workers who are laid off have difficulty finding a new job and few Americans are prepared for their retirement.

That leads to this statistic: Among Americans 60 and older, 75 percent of men are married, but fewer than half of women. One cause of that is that the majority of women are married to men older than themselves, which elevates their chances of widowhood. And widowhood can cause economic hardship for women–and sometimes their children–who are left without sufficient financial resources following their husbands’ deaths. When it comes time for single or widowed mothers to retire, they are often left with insufficient means of maintaining a stable lifestyle (yet another argument for closing the gender-based wage gap).

Furthermore, as the population ages the number of elderly women who require care may outnumber the number of younger people able to provide it. Both Riche and Blewitt note that the caregiving industry is mismanaged worldwide and must be reformed. A vast majority of caregivers are women, and these women are often not given the funding and support they need from government and healthcare systems, particularly in the U.S. Blewitt notes that around the world “we don’t care for our grandmothers:” Older people often have to rely only on themselves. Three quarters of the world’s population do not have social security, he adds, and a majority of those people are women.

The new report highlights concerns feminist economist Nancy Folbre addresses in her book For Love and Money: Care Provision in the United States, which explores how U.S. policies around both giving and receiving care lag behind international standards and don’t take working families’ needs seriously. Folbre explains that good caregiving requires both love and money, and that we must stop assuming that care is a free resource. Despite the fact that the healthcare industry is the fastest-growing sector of the U.S. economy, caregiving  (a job primarily held by women) continues to be a low-wage job. As the number of elderly requiring care surges over the next few decades, it’s  more important than ever to improve work and wage conditions for caregivers.

Hopefully the report will prompt policies to protect increasingly older populations, such as initiatives to encourage savings and improve pension programs. Social security must be improved (or, in the cases of many developing countries, built), and retirement conditions modified. Though there is much that needs changing, Guzman pointed out that there has been progress in the right direction. There just needs to be an ongoing effort to ease us all gently into an older world.