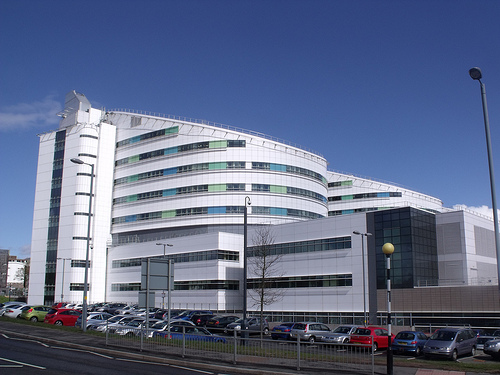 She’s not out of the woods yet–her bullet wound remains infected and surgery lies ahead to repair her skull–but “Miracle Malala” Yousufzai is awake and making strides in her recovery from an assassination attempt. She can stand with some help, write, and when she has the tube in her throat removed, doctors believe she will start talking.

As the world knows, 14-year-old Malala and two other girls were shot by the Taliban while in a school bus in the Swat Valley of Pakistan on August 16. Malala, an outspoken proponent of education for girls in Pakistan, was the target of the gunfire because she promoted “Western thinking.” Ah yes, that strange “Western” concept that girls have every bit as much right to study and learn as do boys.

Now under treatment at a hospital in Birmingham, England, Malala has become a global symbol of resistance to extremist repression. Imagine: The Taliban afraid of a 14-year-old. Hopefully, her shooting will galvanize Pakistanis to push back against Taliban intrusion in their country.

And we look forward to hearing Malala speak out again, brave girl that she is. Perhaps she and Gabby Giffords will one day meet and compare notes about how even a bullet to the head can’t silence girls’ and women’s voices.

Photo of Queen Elizabeth Hospital, where Malala is being treated, from Flickr user ell brown under license from Creative Commons 2.0