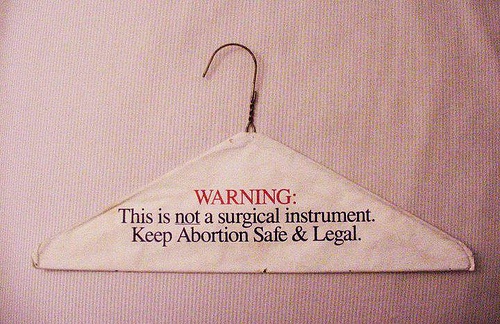 Those who aren’t old enough to remember how scary it was to be a woman in the pre-Roe United States are wont to take reproductive rights for granted. Legal abortion has long been seen as a guarantee to a younger generation; tales of coat hangers and back-alley operations are just nightmarish visions in history books.

But history repeats itself when we aren’t vigilant. The Supreme Court victory women heralded in 1973 could be in danger in the coming years. In the final push of this close presidential election, there has been a wide-reaching disinformation campaign to convince women voters that a president does not have the power to reverse Roe v. Wade; that the right is untouchable and unalienable, regardless of who is in the White House.

It’s important to understand this is a fallacy. A president can impact Roe v. Wade, not directly by fiat but by his or her judicial appointments.

Four of the nine Supreme Court justices are over age 70, so it’s very likely the next president will have the chance to appoint one or more replacements. If Justice Ruth Bader Ginsburg retires–she’s the oldest member and has battled pancreatic cancer–the court would be losing a strong proponent of reproductive rights. If a conservative justice took her place, Roe v. Wade could be on the chopping block. Then, abortion rights would be thrown back to the states, where 30 of them are likely to ban abortion. The federal right women have enjoyed for 40 years would be snuffed out.

This War on Women is not political propaganda. It is not fear mongering. It is real and tangible. If what is past is prologue, the 1,100 state bills introduced in the past year to curb reproductive rights are only the start of moving women backwards. It can be difficult, especially for younger women like myself, to imagine what times were like before 1973; we have to remember that the world didn’t start when we were born. I try not to be a single-issue voter, but this issue does it for me. If anything pushes you to the polls on Tuesday, let it be this.