Displaced But Not Silent: How Hurricane Sandy Victims Can Cast Their Vote - Ms. Magazine
Skip to content 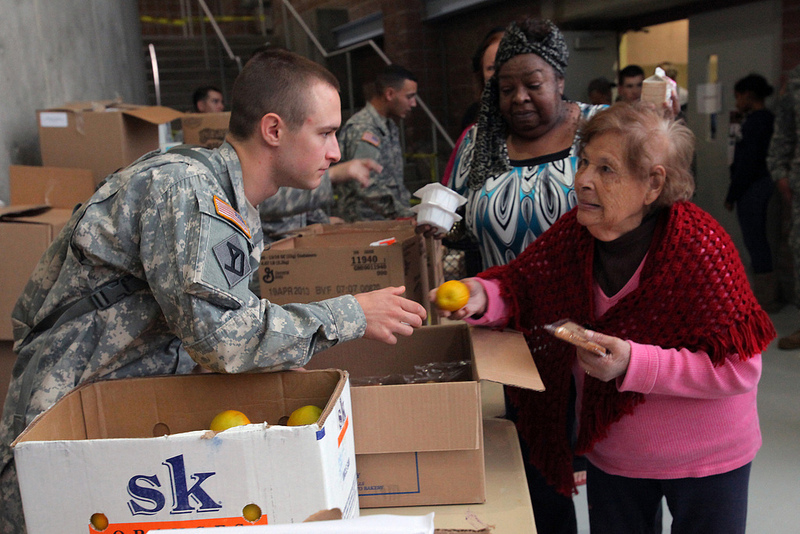 In the wake of Hurricane Sandy, voting has become an afterthought to those affected by the storm.

Sandy ravaged much of the Northeast last week, leaving millions in the tri-state area without power and displacing hundreds of thousands more from their homes. In New Jersey alone, more than 2 million homes lost power last Monday; as of today, a little less than 1 million homes and businesses in the state are still without power.

New Jersey, which bore the brunt of Sandy’s destruction, is also facing gasoline shortages. In order to alleviate the miles-long lines at stations, Gov. Chris Christie issued an executive order last Friday mandating gas rationing for residents in 12 counties. Still, many residents have not been able to purchase gas and remain stranded in their homes or at shelters.

As life is hardly back to normal in New Jersey and the greater New York City area, the state governments have been worried that residents would opt out of voting on Tuesday. To combat the Election Day hurdles created by Hurricane Sandy, Gov. Christie and New York Gov. Andrew Cuomo have announced a slew of new voting directives to accommodate displaced residents on Election Day. With military vehicles filing through New Jersey, ready to act as makeshift polls if needed, and deliveries of mail-in ballots already being made to shelters along the Jersey Shore, election officials have been working tirelessly to ensure that displaced residents can still exercise their right to vote on Nov. 6.

If you or your family and friends were victims of Hurricane Sandy and live in New Jersey or New York, here are several ways to stay informed about the voting procedures in your county.

Vote By Email
For the first time in New Jersey’s history, civilians are able to vote by email or fax—a privilege previously granted only to those in the military or living overseas. If you have been displaced by flooding or power outages, or are a first-responder worker, you qualify for remote voting. Before you can cast your vote, you must complete an application form, which can be emailed for faxed to your county clerk by 5 p.m. EST on Election Day. Once the application is approved, a ballot will either be emailed or fax (your preference) to you, and must be turned in by 8 p.m. EST.

And the request for a mail-in ballot application can be found here.

Find Your Polling Location
Nearly 150 polling places throughout New Jersey have been changed because of the massive power outages, with Monmouth and Bergen the most affected counties. Some hard-hit towns in Ocean and Atlantic counties, such as Seaside Heights and Long Beach Island, respectively, have had their polling places  rendered completely unusable—or gone all together. If sections of your town or county are still flooded or without power, then there’s a good chance a polling place might have been moved. To check your polling location, visit the League of Women Voters New Jersey Chapter or call 1-800-792-VOTE for updated information on all 21 counties.

Poll workers and signs will also be posted at all original polling locations Tuesday to direct voters where to go if the location has been changed.

Provisional Ballots
Displaced New Jersey residents can cast their ballot at any polling place in the state using a provisional ballot, which will be forwarded to their home county.

Gov. Cuomo signed a similar executive order for Rockland and Westchester County and Long Island, allowing residents to vote anonymously by affidavit at any polling location in the state. If you’re voting in another county, however, only presidential and U.S. Senate race votes will be counted; local district races (for state Senator and Assembly) will be voided.

Carpool to the Polls
Many residents are choosing to conserve gas because of the shortage, but don’t let that keep you away from the polls. Offer to carpool with friends and family members who are unable to use their cars. Shuttles to polling locations are currently being arranged in Coney Island, Staten Island and Rockaway Beach in New York, and in Englewood, N.J.