We Heart: Hasbro, for Responding to Gender Criticism - Ms. Magazine
Skip to content 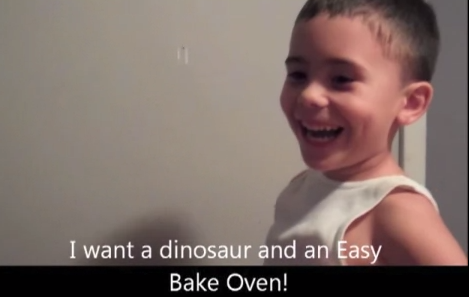 On Monday, Hasbro announced that it will debut a gender-neutral Easy Bake Oven, after McKenna Pope, an eighth-grader from New Jersey, started a petition on Change.org asking the company to feature boys on its packaging. The 13-year-old garnered support from more than 44,000 people, including celebrity chef Bobby Flay.

Pope, who started the widely publicized campaign because she wanted to encourage her younger brother’s interest in cooking, met with Hasbro at their headquarters in Rhode Island to discuss the petition. During this meeting, Hasbro executives asked her opinion on a prototype of a black and silver Easy Bake Oven, which will be released in February 2013. Hasbro Vice President Julie Duffy told her that the company would feature boys on the oven’s packaging and promotional materials. McKenna reported that she was satisfied with the company’s efforts and that she approved of the design:

They really met most of or even all of what I wanted them to do, and they really amazed me.

Looks like Pope’s four-year-old brother Gavyn will get his wish, after all! Thanks, Hasbro, for encouraging boys who want to cook, too–and way to go McKenna for making it all happen!

Screenshot of McKenna’s little brother Gavyn via eboscio from YouTube.