At long last, American military women may now officially serve in direct combat. Defense Secretary Leon Panetta is lifting a ban which previously barred women from serving in armed combat jobs, opening up hundreds of thousands of front-line jobs to women. This decision overrides a 1994 Pentagon ruling that prohibited women from filling positions in the infantry and artillery.

Military women have fought the exclusionary policy for years. In November, three women veterans filed a lawsuit with the ACLU in an attempt to end the regulation, which argued that the ban was based on stereotypes of women, ignored modern military and battlefield conditions and denied women a central element of American citizenship. Said Air Guard Major Mary Jennings Hegar, an Army veteran behind the lawsuit and a Purple Heart recipient,

“The ability to serve in combat has very little to do with gender or any other generalization. It has everything to do with heart, character, ability, determination and dedication. This policy is an injustice to the women who have come before us and who continue to put their lives on the line for their country.”

Panetta’s decision comes not a moment too soon. This antiquated ban restricted women from obtaining career-improving jobs regardless of their qualifications and capabilities, not to mention the fact that even though women were, until today, technically restricted from direct combat positions, more than 20,000 American women have seen combat in Iraq and Afghanistan. Last year, more than 800 servicewomen were wounded and more than 130 killed in the two wars. That these women were not considered to be serving on equal footing with their men counterparts is wrong, and we are glad to see this gender-based exclusion come to an end.

Though this decision is a positive development, it will take time to implement and it remains unclear to what degree Congress will review the decision. As of now, the decision is receiving support from both sides: Sen. Kelly Ayotte (R-N.H.), remarked that the decision “reflects the increasing role that female service members play in securing our country.’’ Sen. Patty Murray (D-Wash.) chair of the Senate Veterans’ Affairs Committee, agrees:

“[The decision] is a historic step for recognizing the role women have, and will continue to play, in the defense of our nation. In recent wars that lacked any true front lines, thousands of women already spent their days in combat situations serving side-by-side with their fellow male service members.” 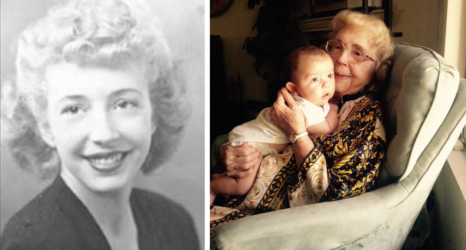