Secretary of Defense, Chuck Hagel officially released seven measures Thursday, aimed at preventing sexual assault in the military. The measures have been anticipated amidst the growing pressure on the Department of Defense to take action on what Hagel himself has described as a “scourge” to be stamped out.

The measures follow a set of initiatives released in May and are almost identical to the drafted policies outlined in an internal memo made public by Politico earlier this month. Hagel will direct the immediate implementation of the measures, summarized in his press release as:

• Creating a legal advocacy program in each military service that will provide representation to sexual assault victims throughout the judicial process;

• Providing commanders with options to reassign or transfer a member who is accused of committing a sexual assault or related offense in order to eliminate continued contact while respecting the rights of both victims and the accused;

• Requiring timely follow-up reports on sexual assault incidents and responses to be given to the first general or flag officer within the chain of command;

• Standardizing prohibitions on inappropriate behavior between recruiters and trainers and their recruits and trainees across the department, and;

• Developing and proposing changes to the Manual for Courts-Martial that would allow victims to give input during the sentencing phase of courts-martial.

Advocates for stronger measures have been, and remain, unimpressed. Sen. Kirsten Gillibrand (D-N.Y.) noted that the measures were a “good thing” but were inadequate steps toward solving the issue at its roots:

As we have heard over and over again from the victims, and the top military leadership themselves, there is a lack of trust in the system that has a chilling effect on reporting. … It is time for Congress to seize the opportunity, listen to the victims and create an independent, objective and non-biased military justice system worthy of our brave men and women’s service.

A member of the Senate Armed Services Committee, Gillibrand is behind a bill to move the handling of military sexual assault to a completely independent body outside the chain of command.

Advocacy organization Service Women’s Action Network (SWAN) responded to the initiatives with disappointment. SWAN’s executive director, Anu Bhagwati, released a statement charging the DOD with “wading in the shallow waters” of the issue:

Small scale military sexual assault solutions will not stem the cultural tide created by years of victim blaming and retaliation.

Bhagwati noted that SWAN and its advocates will continue supporting Sen. Gillibrand’s Military Justice Improvement Act, “to professionalize the military justice system, place decision-making authority in the hands of attorneys and move military justice into the 21st century.”

Jennifer Simeone is a freelance feminist writer and recent graduate from University of California, Santa Cruz. She is currently based in Los Angeles but moving to the San Francisco Bay Area. You can find out more by following her on Tumblr or Twitter 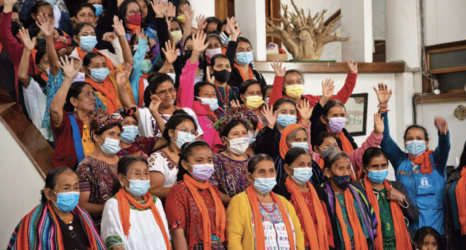