A decision is imminent about who will be the next head of U.S.-funded AIDS programs around the world—known as PEPFAR,  the President’s Emergency Plan for AIDS Relief. That person will be the U.S. Global AIDS Coordinator and ambassador at large—and the time is right for that person to be a woman.

Women are at the center of the global AIDS pandemic. Over half of all people living with HIV are women, and worldwide HIV is a leading cause of death among women of reproductive age. Sub-Saharan Africa has been particularly affected: 69 percent of all people living with HIV reside in that region, and women make up 58 percent of the epidemic there. Young women 15-24 are as much as eight times more likely than men to be HIV positive in the region,  and more than 90 percent of pregnant women living with HIV reside in sub-Saharan Africa.

The problem is staggering. As little as 54 percent of people eligible for HIV treatment worldwide actually receive it, and stockouts of condoms, medicines and other supplies continue to threaten people’s lives. In May 2013, the Uganda Ministry of Health reported shortages of anti-retroviral drugs, HIV testing kits and medicines for HIV opportunistic infections. These shortages parallel persistent condom stockouts in other African countries, making women particularly susceptible to HIV infection. This risk is compounded by gender inequality, violence against women and the inadequate provision of services—which are designed without taking women’s lives into account.

The majority of people living with AIDS in countries receiving U.S. assistance are women. Women are critical in the fight against HIV, and must have a place at the decision-making table. Yet there are has never been a woman in charge of PEPFAR.

Why does it matter?  The next few years could mean the difference between the beginning of the end of the AIDS pandemic or a status-quo response that leaves AIDS a problem for the next generation. For women, especially women in Africa, this is life or death.

The person in charge of the largest AIDS funding program in the world must understand how important it is to fight for the rights and lives of women. She must have experience in the field and be ready to stand up against drug companies to make AIDS medicines more affordable. This person must be an HIV expert and appreciate just how complex the AIDS response is for women and people of color.

When world leaders on AIDS convene and there are only men at the decision-making table, then women—who have being leading the fight against HIV by caring for those affected, supporting families while living with the virus or leading cutting-edge retrovirus research that will someday bring a vaccine and cure—are more likely to be sidelined. Indeed, when leaders recently launched the “Global Plan towards elimination of new HIV infections among children and keeping their mothers alive,” every representative of a UN agency, government and foundation at the main event was a man.  This in a room full of women launching a plan about women’s bodies! It’s time to show that women are more than just the subjects and objects of programs.

The next leader of U.S. global AIDS programs has a daunting task. If that person does not understand the complex lives of commercial sex workers or have a deep connection to the global AIDS research community, she or he will be unprepared for the pandemic in 2013.  Unless that person has spent time working with gay and transgender people living with HIV, she or he will not have the tools to fight back as the domestic and global right wing seeks to marginalize them. And if she or he has not worked with women as more than just mothers, that person will not be ready to succeed.

Luckily, in this country, there are women that meet all of these qualifications—and one of them should be appointed as the next U.S. AIDS ambassador.

About Eleanor Smeal and Terry O'Neill 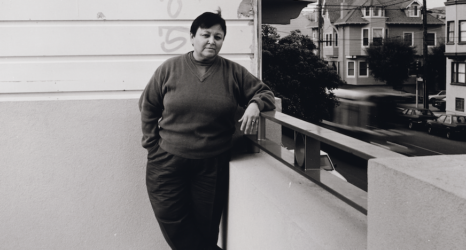 A Forgotten Pioneer: The Two-Spirit Activism of Barbara Cameron