Beginning tonight, six new documentaries in the Makers series (a project of AOL) will be broadcast weekly on PBS. Each one focuses on “women who are trailblazers and have served as groundbreakers in their fields.” The new docs are follow-ups to last year’s three-part documentary on the women’s movement, Makers: Women Who Make America. The good news about the latest productions is that all but one are actually made by women (produced and directed), whereas a man directed the original Makers.

The new series starts with Women in Comedy, to be followed by Women in Hollywood (October 7), Women in Space (October 14), Women in War (October 21), Women in Business (October 28) and Women in Politics (November 4). The films will also be available for screening on the Makers website after their broadcast dates. The website also includes video interviews with more than 250 groundbreaking women (including Ms. publisher Eleanor Smeal).

The Comedy episode is particularly timely, given the recent passing of Joan Rivers, who is prominently featured in the documentary, discussing her start as a comedian, the inspiration of Phyllis Diller and pushing the boundaries of acceptable topics. “There’s no such thing as women’s comedy,” Rivers insists. “What are you all talking about? Funny is funny.” That sentiment is echoed by Joy Behar, who says, “This is the last documentary I ever want to see about women in comedy.” But as Mary McNamara pointed out in her Los Angeles Times review, it’s hard to believe that women have come close to an equal footing with men in comedy:

None of the working and very accomplished women interviewed here were, for example, seriously considered as a replacement for either Jay Leno or David Letterman.

Other comedic groundbreakers featured include Margaret Cho, Kathy Griffin, Ellen DeGeneres, Jane Lynch, Sarah Silverman, Moms Mabley and Mo’Nique, and the discussion focuses on women’s role in comedy (on TV and in stand-up) from about the 1960s to today. Makers uses clips of offensive jokes by male comedians as an example of sexism in comedy, and includes a quote from Christopher Hitchens’ infamous 2007 essay in Vanity Fair entitled “Why Women Aren’t Funny”: “Most [female comedians] … when you come to review the situation, are hefty or dykey or Jewish, or some combo of the three.”

If you watch Makers, please let us know what you think of it!

About Ms Magazine and Liat Kaplan

Liat Kaplan is a Gender and Women's Studies major at Claremont McKenna College in Claremont, California. She dreams of being able to eat as much ice cream as she wants in public without being sexually harassed. You can read more of her writing at liathkaplan.wordpress.com 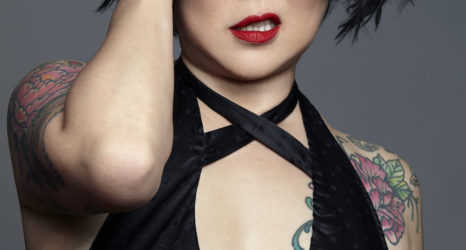 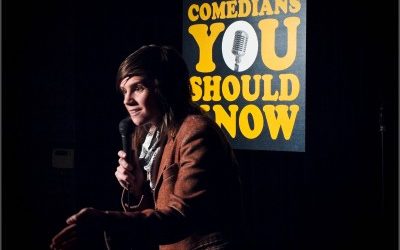 Women Comedians You Should Be Watching This Summer