Tis’ the month that culminates with witches, mystical creatures, fictional characters, and, well, a little bit of cultural appropriation.

Turn on your television, and you’ll hear Michael Jackson’s Thriller courtesy of Party City. Head to YouTube and the beauty community competes to upload the most popular Halloween looks. Run over to your local Walgreens and Fantasy Makers has a display of face paint for all your colorful Mexican sugar skulls desires.

Halloween has become an infamous time for appropriating cultures through sartorial consumerism, and now beauty gurus are tapping into their arsenals to showcase their appropriative talents. Uploading tutorials on how to achieve a tribal look, paint Mexican sugar skulls, create a Geisha makeup look or transform into an Egyptian queen is simply racism masquerading as a playful aesthetic. Cultures aren’t costumes.

Appropriated “costumes” are trotted out yearly by corporations, news outlets and beauty bloggers alike, contributing to cultural erasure. For example, Glamour recently listed Mexican sugar skulls in an article about Halloween beauty trends without even mentioning the name or origin of the skull. A week later, Nylon jumped on the bandwagon and posted an article on DIY makeup looks; one of them was a sugar skull. The appropriation dates back even further: A few years ago, Seventeen magazine uploaded a tutorial on how to achieve a kabuki look.

“Fashion” is no better. Spirit Halloween’s Native American costumes are listed as “wild spirit,” Mexican skull appropriations are called “senorita death,” and Japanese appropriations are filed under “geisha gorgeous“—and each costume comes with face paint to enhance your all-natural racism.

If we look beyond Halloween and at cultural appropriation at large, hipster culture is packed full of white folks wearing dream catchers, headdresses, traditional Indian bindis, dreaded and cornrowed hair, and Buddha on just about everything you need to fulfill a trendy, bohemian aesthetic, while stripping away the religious, historical and cultural value.

That’s a problem. In America, any external feature that deviates from the white “norm” signifies your ethnicity and denotes you as “other.” So, for example, African Americans are vilified for wearing their hair in certain ways and even denied employment opportunities, while the likes of Kylie Jenner and Miley Cyrus can dread and cornrow their locks for a single day and not face the daily struggles of being black. Some might say they’re simply appreciating a culture, but there’s a big difference between appropriation and appreciation. Appreciation is knowing the historical and political significance of what you’re trying to wear before getting dressed, versus throwing on a dream catcher T-shirt from Urban Outfitters and calling it a day.

While you may acknowledge your costume as a token of appreciation, wearing it for a single night holds the inverse effect. Halloween is certainly a time for fun; just try not to be problematic or offensive in the process.

Yasmine Rimawi is the beauty editor at Downtown magazine. Besides spearheading all things related to cosmetics, skin and haircare, she's also very critical of the industry's injustices. Find her on Twitter! 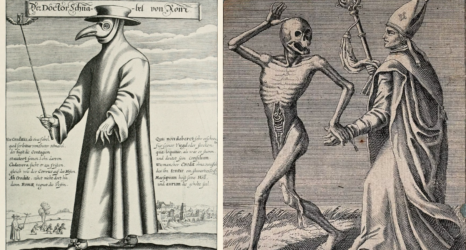