A Feminist Guide to Horror Movies, Part 9: Be Careful What You Wish For - Ms. Magazine
Skip to content

Apparently the spirits of Halloween can be quick to respond this time of year, because no sooner did I wish for a Gothic horror-based film that enables its young heroine to save herself and even her family without the help of men, whether dead or alive, than I found one on Netflix: Haunter, starring Abigail Breslin, is this feminist guide to horror movies’ runner-up for top pic this season.

Like all Gothic thrillers, Haunter centers around a house: A large house, full of mysterious rooms, previously unnoticed doors, and its fair share of ghosts. Like most Gothic thrillers, it also centers around a young woman who has become, against her will, trapped in that house. Like the good Gothic thrillers, whether the young woman in Haunter is seeing ghosts or something else or is simply going mad is gradually clarified through a series of carefully placed dramatic reveals. And like the best story in any genre, Haunter empowers the young woman—well, women, really—at the heart of the story to solve their own problems.

Breslin’s disenchanted teen could have lived in any era, but the “Siouxsie and the Banshees” tee and the posters on the walls of her room place her squarely in the early ’80s. Her house, on the other hand, has seemingly been occupied by similar young women since the late Victorian era—women trapped there by one particularly insidious person, first as a boy and then a man, who commands his house even after his death as if it were his castle. This legacy of patriarchal terror is so powerful as to be able to infect every family that lives there, even after the home’s original serial killer has died. Only one individual in each of three decades, all 30 years apart, is able to step outside of the cycle and break it, and that is the 16-year-old daughter. Despite its twists, turns, and well-timed reveals, Haunter delivers a pretty clear message: It is up to young women to save themselves, and the best way to do that is to ally themselves with other young women.

+2 for getting that when teenage girls describe their experiences, they may sound crazy, but they are actually the only ones speaking the truth

By contrast, there’s at least one on-demand film that you can, without a doubt, not waste your time on this year. The Hole has all of the promise that Haunter lives up to, yet falls far, far short. Obviously scripted to appeal to Gen Xers in its depiction of a modern-day latch-key kid and the vaseline-y looks of many of the shots, The Hole could have been an endearing film about a family making do in circumstances they didn’t foresee. Instead, it merely re-indicts single moms for opening up a hole for evil to enter and destroy their children (get it? open up a hole?). If it weren’t for the eldest male child in this family, no fewer than three teenagers would have lost their lives before the adult in charge so much as noticed. Note to filmmakers: I am a member of Gen X, and guess what, we lived! Even the ones who had divorced parents! They did not die by anything that came out of or went into their mother’s holes!

-A million for dissing single moms 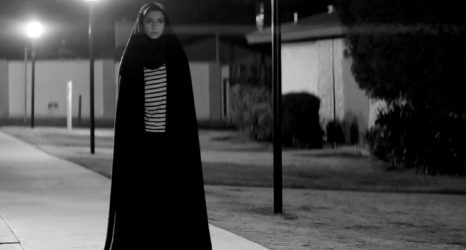