The most merciless and widespread European witch hunts occurred in the 16th and 17th centuries, and are presumably a thing of the past. Author and feminist historian Silvia Federici, however, argues that we must keep those memories alive—because only by examining the parallels between history and the present can we prevent that level of brutality from being unleashed again. Federici first began her studies of witch hunting while researching the origins of capitalism. As she dug back through history, she simultaneously encountered Barbara Ehrenreich and Deirdre English’s book, Witches, Midwives and Nurses: A History of Women Healers. She soon discovered a distinct correlation between the timeline of the witch hunts and the birth and growth of capitalism. As she continued her research, the links between the two appeared deeply intertwined.

In her latest, a slim and powerful volume of essays, Federici revisits the links between the centuries-old witch hunts of Europe and the rise of capitalism that she examined in Caliban and the Witch: Women, the Body and Primitive Accumulation, published in 2004—and then expands on them. She addresses numerous issues in the text, ranging from fear of women’s power; institutional and interpersonal violence against women; the links between modern day witch hunting and globalization; and the need for feminist solidarity across lines of race, class and gender identity.

Federici reminds the reader that when not used primarily for procreation, female sexuality has been historically viewed as powerfully diabolical—the quintessence of female “magic,” central to the definition of witchcraft. 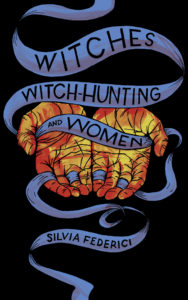 She views the current systems of political and cultural power as drawing from some of those old dangerous beliefs.

“I think there is a major campaign that’s been unfolding at the social-political level, and also through the media, that is systematically distorting women’s power, and presenting this power as something dangerous, as something perverse, as something obnoxious,” she asserts. “In fact, the witch is the personification of women’s power, but presented in this most destructive way. In other words, she has powers that are not legitimate, that are presented as ultimately destructive, asocial.”

Federici views the literal and ideological witch hunts through a wide lens—one that identifies capitalism and globalization as primary motivators of persecution, possibly more so than religious persecution. She reminds readers that violence against women of African descent and Native American women occur at much higher rates; as she sees it, globalization is a process of political recolonization and its victims often share a common lineage.

Compounded amongst attempts at restricting women’s reproductive autonomy and the rising tide of violence against women worldwide are critical issues facing women of color, which Federici also highlights in the text. She explores violence against Latin American women, as well as the thread that binds misogyny, transphobia and racism—pointing out that of the growing number of transgender women being murdered worldwide, a large percentage are women of color.

Witches addresses class issues, too, reflecting on a painful and often overlooked history of poor women and women of color being forced into permanent reproductive sterilization, and argues that poverty—in the form of cuts to social services, among other things—should be considered violence in and of itself.

“Those are forms of violence,” she says, “They might not be as terrifying as being burned at the stake, but that whole underlying texture of violence has not ever really ended.”

Federici also calls feminists in the global north to task, emphasizing the need for widespread solidarity—particularly in overlooked corners of the world where women, particularly older women, continue being persecuted as witches. Today, for example, thousands of women in Ghana are living in exile in “Witch Camps.”

“We have a return of witch hunting in several parts of the world,” says Federici. “It’s in a different context, but still using much of the ideology, the teaching of the church, and the kind of accusations that were used against women in the 16th and 17th centuries.” (As she points out, the term “witch hunt” was introduced to the African continent with colonization.)

The modern-day witch hunt, Federici asserts, is one tool deployed to confiscate land, instill fear and splinter close communities, ensuring the division and ultimate dissolving of communal village economics—and women’s power means nothing if women in rural, developing countries continue to bear the brunt of economic globalization and continue to be tortured, humiliated and killed.

“That even today in the 21st Century in large parts of the world—several African countries, several states in India and Papua New Guinea— you can still have a hundred men take women, cover them with gasoline and burn them. That something like this can happen,” Federici laments, “it’s so extreme. It’s so horrendous. It’s so barbaric. And yet it’s happening. And we don’t have a massive outcry against it.”

Witches packs in a hefty dose of hard-to-swallow information about how systemic violence against women is not only rooted in fear and deployed to fuel the expansion of capitalism, but how various forms of violence infiltrate the lives of women throughout the socio-economic, ethnic and geographic spectrum.

At times, the information can feel like too heavy a weight to hold. Yet Federici remains optimistic about the future and women’s places in it—pointing to organizers and activists she’s crossed paths with throughout her travels in Brazil, Mexico, Uruguay and elsewhere. This new surge of female activists has a clarity of purpose and an understanding of the systemic patriarchal and economic patterns, the likes of which she says she hasn’t seen before.

“It’s a very high level of consciousness that, certainly, as important as the women’s movement of the seventies was, that I think in a way was revolutionary, did not have this very, very broad understanding,” she says. “There’s been a maturing of the understanding of what we’re up against. It’s very well-articulated.”

Federici is very clear that this optimism does not dismiss or minimize the huge backlash against feminism that we are currently experiencing. She believes that this backlash is a response to women taking on leadership in the struggle for equal rights and wages, reproductive rights and bodily autonomy; women today, she says, refuse to be infantilized. (A big threat to the patriarchy indeed.)

“I think it’s a very scary moment,” says Federici, “but at the same time I feel that it’s a moment in which more and more women are really rising up.”

Dani Burlison is the author of Dendrophilia and Other Social Taboos: True Stories, and the “Lady Parts” zine series, which will be published as an anthology called All of Me: Love, Anger and the Female Body in 2019. Her writing can also be found at Yes! Magazine, Earth Island Journal, KQED Arts, The Rumpus, WIRED, Hip Mama Magazine, Portland Review, Shareable, Tahoma Literary Review and Prick of the Spindle, among others. Find her @DaniBurlison. 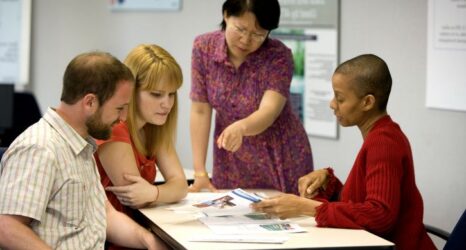 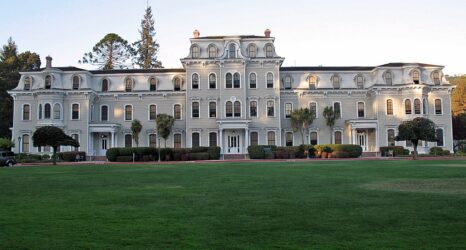