Congress is (Finally) Launching an Investigation into Maternal Mortality in the U.S. - Ms. Magazine
Skip to content

Earlier this month, the most powerful committee in the House released a statement declaring that “it is absolutely unacceptable that preventable failures are the cause of avoidable, unnecessary and absolutely tragic deaths,” and calling for the U.S. “to be the healthcare leader of the world.” For the many politicians and feminists who have long raised the issue of maternal mortality, the statement released by the Ways and Means Committee’s Republican leadership came as a surprise.

House Republicans on the committee—many of whom have failed to support comprehensive health care bills, especially ones related to women’s health, and all of whom are members of a party bent on dismantling the Affordable Care Act—did not consult their Democratic colleagues before launching an investigation into the causes of the high maternal mortality and morbidity rates. Their newfound interest in determining what can be done by federal agencies, state governments and hospitals to make pregnancy and childbirth safer has come as a shock to many.

“I’m dumbfounded,” Monifa Bandele, a Senior Vice President at MomsRising, told Ms., adding that advocates like her “are happy for the publicity, because we’ve been banging on pots and pans and no one has been listening.” Indeed, the statement by the committee cited a recent USA Today report that confirmed what many studies have proven about this longstanding and worsening American crisis: It found that the U.S. has the highest maternal death rate in the developed world—26.4 deaths for every 100,000 births.

Every day in the U.S., two women die in childbirth, and 137 suffer severe complications or life-threatening injuries. While 700 women each year die from giving birth, 50,000 suffer from serious medical trauma related to pregnancy and labor. “At the rate we’re going,” said Bandele, “it’s going to be more dangerous for our daughters to give birth than it was for our mothers to give birth.”

Race is a major factor in the rising rates of maternal mortality domestically: Black women are 243 percent more likely than white women to die from pregnancy or childbirth-related causes in the U.S., which, alongside access to healthcare and inconsistent protocols, drives these dismal statistics. “Black women are not believed when we are in pain,” Bandele noted. “By the time they listen, it’s too late. We experience hyper-visibility throughout our lives, but when we get to hospitals it becomes a hyper-invisibility.” Although states like California have passed successful reforms preventing hospitals from ignoring these safety protocols, decreasing the maternal death rate by 50 percent, such reforms have failed to shift the racial disparities in outcomes.

Half of these injuries and deaths are preventable, but many hospitals are not following basic safety protocols to protect women, and fail to utilize life-saving interventions when they’re most necessary. An investigation by USA Today found that most hospitals don’t track maternal safety records—and, often, don’t even want to discuss the issue.

Undoubtedly, the House Means and Ways investigation will conclude with similar findings. They will then have to decide if they are willing to act—and defy their own records on these critical issues. “Some of the people who are part of this initiative are part of a political party that has been attacking Medicaid,” Bandele noted, “something we know to be a trigger of the maternal mortality rate.”

While lawmakers review the numbers on the maternal health crisis, women’s lives will hang in the balance. 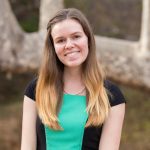 Victoria Sheber is an editorial intern at Ms., a debate instructor at Windward School and a member of the JusticeCorps at the Los Angeles Superior Court. Victoria is currently a senior at UCLA studying American Literature & Culture and History; she is also the President of the American Association of University Women chapter on campus and Assistant Section Editor for Fem Newsmagazine. She loves to read and write about feminist literature.

Victoria Sheber is an editorial intern at Ms., a debate instructor at Windward School and a member of the JusticeCorps at the Los Angeles Superior Court. Victoria is currently a senior at UCLA studying American Literature & Culture and History; she is also the President of the American Association of University Women chapter on campus and Assistant Section Editor for Fem Newsmagazine. She loves to read and write about feminist literature.