Dred Feminist Rant is a new series by Loretta Ross featuring her thoughts on the issues facing the feminist movement—and women around the country.

I’ve fought white supremacy, misogyny and anti-Semitism for what feels like most of my life. As a professional feminist, I monitored hate groups in the early 1990s, and began a deep dive into how anti-Semitism in medieval Europe became the template for anti-black racism in the U.S. As a college professor, I teach about white supremacy, anti-Semitism and human rights to young people eager for knowledge denied to them.

That’s why I’m calling out the charges of racism and anti-Semitism bedeviling the upcoming Women’s March and the Jewish community. As the country edges towards neo-fascist authoritarianism, divide-and-conquer tactics will not benefit us. On both sides, people seem to forget the urgency of uniting against a common foe: the corruption of the Trump Administration and his enablers in the Republican Party.

Charges of racism and anti-Semitism are not news to those of us who have been in the women’s movement for decades. Since 1975, when the phrase “Zionism is Racism” marred the first World Conference for Women in Mexico City, our feminist movement was set on a collision course in which the Israeli/Palestinian conflict threatened to overwhelm every global discussion on human rights.

Before the 1985 Nairobi World Conference for Women, I had to publicly speak up to Bella Abzug at a preparatory meeting at the American Association of University Women when they told participants that they had agreed to temporarily table this conflict so we could focus on the conference in Kenya. Intentionally, no one representing Palestinians was invited to the meeting, which was already a problematic back-channel decision—yet Bella broke protocol and used her platform to introduce a discussion about supporting Israel, and denouncing people on the other side. I loved Bella, but her legendary stature did not make what she did fair.

In 2001, at the World Conference Against Racial Discrimination, Xenophobia and Related Intolerance in Durban, more carefully orchestrated charges of anti-Semitism by the U.S. government were used to thwart discussions and global demands for accountability and reparations for settler colonialism and the enslavement. In fact, NGOs never received a response to demands for an explanation for why anti-Semitism was not prominently included in the conference agenda organized by UNESCO, which felt like a set-up.

In preparatory meetings around the globe, this omission became a point of contention, and NGOs who had not made that decision were blamed. Those of us working to hold the U.S. and Europe accountable for settler colonialism and slavery were inevitably accused of anti-Semitism, whether we said anything about Palestinians or not—as if 35,000 people predominantly of African or Indigenous descent had nothing better to do with our ruminations than focus on Israel. The September 11th terrorist attacks occurred only days after the conference ended, sweeping any further discussion of the real agenda of the World Conference Against Racism off the table.

And now, as we’re approaching the third global Women’s March—a worldwide call for human rights against fascism and authoritarianism—people are flinging more charges of racism and anti-Semitism towards the women’s movement, and participating in derailing conversations that could unite us rather than divide us. I’m calling this behavior out because I can see who best benefits from our attacks on each other.

Whether one chooses to participate in the marches or not, I don’t believe that indulgence in the Oppression Olympics of competitive victimhood is unique or useful. Calling for people to resign from leadership, stay home, not run for office or get distracted from the overwhelming nature of the global neo-fascist threat exposes the dilettante nature of a simplistic analysis.

Our women’s movement is stronger than that—more complex and more diverse than ever before. We’ve shown what we can do at the polls, and now we must show our determination to defend democracy from those who want to destroy it for profit.

The Freedom Train for Human Rights has left the station, and we’re not stopping for those who are still debating whether to get on board for fear of sitting next to someone with whom they don’t perfectly agree. We’re a women’s movement, not a women’s cult.

Loretta Ross started her activist career in the 1970s—launching projects with the National Organization for Women; organizing with the National Black Women’s Health Project, the Center for Democratic Renewal / National Anti-Klan Network and the National Center for Human Rights Education; founding the D.C. Rape Crisis Center; and co-founding the SisterSong Women of Color Reproductive Justice Collective. She retired as an organizer in 2012 and is now a Visiting Associate Professor in the Program for the Study of Women and Gender at Smith College. Loretta is the co-author of Reproductive Justice: An Introduction and was lead editor of Radical Reproductive Justice: Foundations, Theory, Practice, Critique. Her forthcoming book, Calling In the Calling Out Culture: Detoxing Our Movement, is due out in 2019. 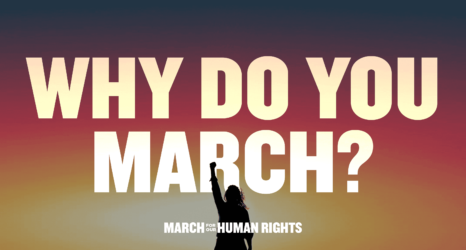