Then-Governor of California Ronald Reagan wasn’t interested in chastising Taylor for her criminal history in 1974. Instead, he leveraged her illegal collection of thousands of dollars worth of food stamps, social security benefits and veteran benefits to call for the discontinuation of social safety net programs many need to survive.

The trope he created out of her caricature would prove so politically powerful that it would be carried on by presidents after he left the White House—and still shapes conversations around welfare and other programs intended to support low-income women and families.

Josh Levine, Slate Editorial Director and author of The Queen, joined the NPR “Code Switch” team on a recent episode of the podcast to uncover the truth behind Taylor’s story and discuss the political motivations behind making her an example used to shame poor black women for over 40 years—despite her being an exception.

“She was not a welfare queen, she was a criminal,” Levine asserted. “To make any claim about welfare recipients from her example is a big mistake.” 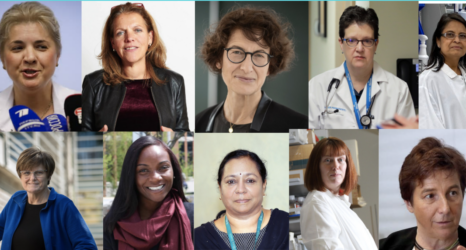 We Heart: The Women Who Gave Us the COVID Vaccine