Time's Up on New York's Statute of Limitations - Ms. Magazine
Skip to content

This piece was originally published on June 18. It was updated on August 14. Carmen Rios contributed reporting.

“There comes a moment in time when society stands up and says enough is enough,” Gov. Andrew Cuomo declared in June at the New York State House, “and I believe that we are at that moment.”

There also comes a moment when survivors are able to speak of their traumas—and that day came for Mira Sorvino as she stood with Cuomo and revealed publicly for the first time that she had been raped. “It is impossible sometimes to share these sorts of things,” Sorvino declared, “and I am doing it here to try to help because there are all these survivors out there right now who need justice.

Cuomo, Sorvino and other Time’s Up activists convened the press conference in support of the New York Safety Agenda—a bill that seeks to terminate the five-year statute of limitations on second- and third-degree rape charges in the Empire State. The NYSA also requires Non-Disclosure Agreements to feature clauses explicitly permitting employees to file complaints with local and state officials and mandates that employers display a sexual harassment education poster created by the State Division of Human rights.

The legislation marks the latest in a string of efforts by the Governor to combat sexual violence in the wake of the viral explosion of the #MeToo movement, including his creation of a survivors’ bill of rights and a series of anti-violence statutes he has since signed into law.

Last night, one of those efforts took effect—and brought with it sweeping changes that could provide survivors across the state with a long-overdue chance to pursue justice. The Child Victims Act allows survivors who were previously silence by the state’s statute of limitations to file civil lawsuits against perpetrators and institutions that may have provided cover for them or willfully ignored their crimes within the next year.

New York’s statute of limitations is the second-shortest in the country. (North Dakota gives survivors only three years to press charges against their rapists.) Such limits often leave survivors with no legal recourse to pursue justice, and effectively punish victims who need significant time to come forward or process trauma.

Survivors of childhood sexual abuse in the Catholic Church have long advocated against such limitations. The institutions that they claim shielded their perpetrators from punishment have long lobbied for them. (Ms., in the meantime, has long been reporting on the widespread abuse occurring in such institutions, and the long overdue need for accountability.)

Sorvino spoke out at the June press conference about the victim-blaming and shame she faced after enduring sexual abuse; her testimony is one of many showing that the timeline for pursuing sexual abuse cases varies on a survivor’s personal experience.

“In New York State, women who were assaulted often cannot bring charges because, in the harsh eyes of the law, they waited too long,” actor and activist Julianne Moore wrote in the NY Daily News. “Like many victims of sexual assault, these women waited to tell anyone about what happened until they finally felt ‘safe’—as safe as they’ll ever feel—when other women began to speak openly about their own experiences facing predatory behavior.”

The New York Safety Agenda aims to provide more survivors with that safety. Across the country, Governors like Cuomo would do well to do the same. 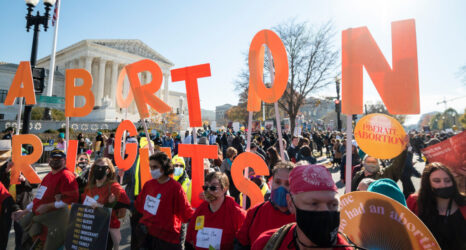