What Historical Photos of Native Women Tell Us About Sexism, Racism and Colonialism - Ms. Magazine
Skip to content

As an anthropologist who focuses on visual culture, much of my research centers around photographs: historic and contemporary. Much of my recent research observes the relationship between historical ethnographic photographs of Native Americans, their disposition in archives and collections, and the relationship of those images to their contemporary circulation and use. I am interested how historic images both reflect and constitute contemporary realities, particularly in The American Southwest.

In my 2019 book Hardship, Greed and Sorrow: An Officer’s Photo Album of 1866 New Mexico Territory, I consider the complex history behind a collection of 63 photographs in a photo album from the collection of the Palace of the Governors Photo Archives at the New Mexico History Museum. The previously undocumented collection captures surprising intersections of history including the end of the Civil War, the French Intervention in Mexico, and perhaps most tragically, the Long Walk and internment of the Diné (Navajo) at the Bosque Redondo, touching on the “interlaced themes of indigeneity, war, slavery and colonialism.”

Beginning in 1863 the U.S. government began forcibly removing Mescalero Apache and Diné from their lands through the violence of scorched earth policies, and those removed were made to walk hundreds of miles on the Long Walk to a miserable stretch of non-arable land at Fort Sumner known as the Bosque Redondo located in central New Mexico. There they remained against their will until the Diné returned home after negotiating the 1868 Navajo Peace Treaty.

Of the 25 portraits in the album, only six depict women (Diné women, to be specific.) Though women—Anglo, Nuevo Mexicano, Mexican, Indigenous, Chinese, African American—are half the story of New Mexican Territory in 1866, they remain, in this album, as in so much of the historical record, mainly unseen. It is at the end of the photo album that the photographs of Diné women appear, a set of portraits of some of the 23 Diné holdouts those who were in hiding with the Navajo Headman Manuelito after their September 1866 surrender and on their way to the Bosque Redondo, or Hweéldi (the Place of Suffering).

In the two years they were in hiding, the group was always on the run, starving, subsisting on nuts and roots. They would be held captive for the final two years of the internment. These are the first known photographs of Diné. Most of the portraits are anonymous, though Manuelito is named as well as a couple of the other men, but the women are all nameless, as is the case with most ethnographic photographs of the 19th century, particularly of women.

During much of that century, reaching a height during the time of their captivity, many Indigenous women in New Mexico, particularly Diné women, were subject to a form of slavery known as peonage. And so it was at the time these photographs were made that Diné women found themselves either interred, enslaved, or in some cases, in hiding. (The Peonage Abolition Act of 1867 meant to shore up the 13th Amendment was specifically written to address the slavery and peonage in New Mexico Territory.)

The poses of the women convey some of what is known about them: that they were in a state of captivity and subject to the intentions of the photographer or agent who arranged for the portraits. Diné women, at the time of their captivity, were “reduced to selling sex for a handful of cornmeal” as Professor Jennifer Nez Denetdale relates in her Foreword to the book. Denetdale, the first Diné to earn a PhD in history, is the great-great-great-granddaughter of Juanita, wife of the aforementioned Manuelito, surely part of the group of 23 who surrendered, but not depicted in the album portraits.

It was in undertaking research for this book that I began to informally partner with Denetdale and Palace of the Governors Photo Archives archivist Hannah Abelbeck in researching 19th and early 20th century photographs of Diné. With three books of her own, and a fourth forthcoming about photography, including Reclaiming Diné History: Legacies of Navajo Chief Manuelito and Juanita, Denetdale, Abelbeck and I share an interest in the themes of photography, Indigeneity, New Mexico, sexuality/gender politics and feminism. My good fortune in meeting these women opened up doors, literal and figurative, in undertaking research. In (male-dominated) academia success is often conferred on an individual, and research is seen as a solitary thing. I have found that undertaking research in community spirit, wherever such community and sisterhood emerges, is the most humane and fulfilling work I know.

In teaming up, we three—as well as the addition of Diné photographers Rapheal Begay and Will Wilson on many occasions—have begun to research, write and present together about our findings and observations. While undertaking photo archive research for the book, Abelbeck recovered the long-lost photograph of the 1868 Navajo Peace Treaty signers. She recovered that photographed, which had been lost almost since the time of its taking, in time for the various 150th anniversary observances of the signing of that treaty.

In the group portrait of mostly men, dead center, is, it seems, a lone Diné woman, likely the wife or relative of one of the treaty signers. We have not yet identified who this woman is, but the presence of a Diné woman as the focal point of the image fits with Denetdale’s contention that Diné woman were engaged in these historic negotiations that returned the Diné to their original homelands, as opposed to Oklahoma as was the original U.S. government plan. The role Diné woman played in these negotiations is not part of the official record, but Denetdale contends, through her oral history research, that Diné women were busy behind the scenes, successfully pleading their case to return home.

Another bit of research we published (“Double Take, Does this Viral Photo mean what you think it does” El Palacio, Summer 2019) served the purpose of querying the gender politics and contemporary circulation of one of the photographs from the album, an attempt to clarify the cultural biases of the contemporary moment that get erroneously applied to historic photographs, particularly of Indigenous people, and those who are “other” in the persistent system of colonialism and neo-colonialism.

Today, 84 percent of Native woman experience violence, with 56 percent experiencing sexual violence, in their lifetime—a much higher rate than non-Native women. As a team, we continue to interrogate the meaning of the 19th century photograph of Indigenous people that are at the heart of our research. We see this effort to return names and voices to the anonymous Indigenous people portrayed as justice work.

During women’s history month, we are particularly thinking of the anonymous Indigenous women portrayed in such photographs, as we continue to work to affirm and make visible the strength and the plight of contemporary Indigenous women.

Devorah Romanek is anthropologist and visual culture expert, currently Head of Interpretation at the Maxwell Museum of Anthropology at the University of New Mexico. In addition to recent publication of her book, she also established a growing online education project regarding the 50th anniversary of the Stonewall Uprising, with materials free to download at Stonewallfiftyfifty.org. 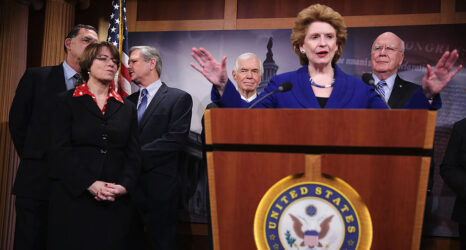