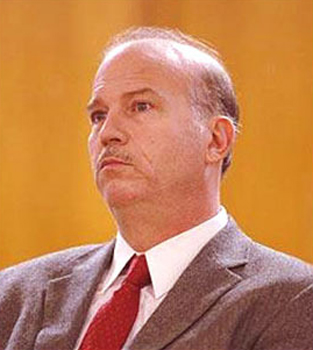 Scott Roeder was sentenced to life in prison today for the murder of late-abortion provider Dr. George Tiller. The murder was committed last May in Wichita, Kansas, in the foyer of Tiller’s church. Roeder shot the physician in the head at point-blank range while Tiller was handing out programs for the Sunday morning service.

Roeder testified in court that he believed murdering Tiller would save the lives of numerous unborn babies:

There was nothing being done, and the legal process had been exhausted, and these babies were dying every day. I felt that if someone did not do something, he was going to continue.

The loss of Tiller is tragic on both a personal level and because of the work he did as a rare provider of late abortions. Women travelled thousands of miles for his services, often because their fetuses had severe abnormalities that weren’t discovered earlier in pregnancy. Lee Thompson, Tiller family friend and attorney, told Judge Warren Wilbert at the sentencing hearing what his passing means for such women:

The impact of his death on women throughout the world is like an earthquake. They ask, “Where can I go? What will I do?” I have to say, “I’m sorry, I can’t tell you.” That’s the impact of this crime.

Katherine Spillar, executive editor of Ms. and executive vice president of the Feminist Majority Foundation (FMF), who attended Roeder’s trial, pointed out that his testimony “opened the door wide” for the U.S. Department of Justice to establish the existence of a broader conspiracy to murder Tiller and other abortion providers.

The FMF is urging U.S.  Attorney General Eric Holder to vigorously pursue and prosecute those who may have advised or acted in concert with Roeder. Says FMF president Eleanor Smeal,

Scott Roeder will spend the rest of his life in prison, but those who may have aided and abetted his murder of Dr. George Tiller are still walking free. There has been an escalation in violence, threats of violence and harassment at [abortion] clinics in 14 states, and we fear where it will end if the network of those advocating violence is not brought to justice.”

Roeder will be eligible for parole after 50 years. He is currently 52 years old.

Midterms and ‘Mid-Cycle Spotting’: Getting Real About Women’s Health
December 2022 Reads for the Rest of Us
Foster Care Reimagined: How Two Sisters Are Changing the Lives of L.A. Youth