Defending Pakistani-American Men-But At What Cost to Women? - Ms. Magazine
Skip to content 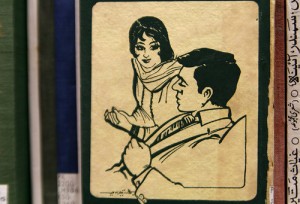 Since his arrest, every aspect of Faisal Shahzad’s life has been dissected and deconstructed.  The close-range, smiling picture of the Times Square bomber’s face continues to be splashed across American screens even a week after his arrest. His seeming normalcy and unobtrusive suburban life is highlighted to insinuate the terrorist potential of any seemingly normal Pakistani-American. Conservative lawmakers have called for profiling all Pakistani-Americans, asking for stricter security measures to be applied to them every time they travel. Senator Joseph Lieberman is suggesting a bill making it possible to revoke the citizenship of naturalized citizens even suspected of terrorism.

The demonization of Pakistani-American men is not a novel phenomenon. In the wake of 9/11, and especially since the escalation of the war in Afghanistan, flights returning from Pakistan are routinely emptied of men who are then interrogated in separate rooms while their families remain outside.  This scenario is observable every time an Emirates Airlines flight lands in New York: Wives, sisters, daughters and mothers wait amid mounds of luggage for their sons, husbands and other relatives to be cleared. In their peculiarity, such scenes expose the tenuous position of Pakistani American and Muslim American women in the shadow of the war on terror. As in the case of Huma Mian, the wife of Faisal Shahzad, who confided her love of shopping and her husband on the social networking site Orkut, they are painted routinely as the benign end of the terrorist equation–the unassuming wife or the innocent sister unaware of the danger lurking in the male.

Yet at the same time, the positioning of Muslim women as defenders of the men in the Diaspora has also imposed a cost on their position as internal minorities within their communities. The weight of countering stereotypes imposed by mainstream culture often draws attention away from gender issues that also affect Diaspora communities, such as domestic violence, patriarchal cultural customs and lack of empowerment. Focusing on these issues, it is assumed, and perhaps rightly so, promotes the very stereotypes so ceaselessly pandered by mainstream American media. Within the community, gender identity is thus demoted to a position below religious and racial identity, with the implicit message that defending Pakistani men against American stereotypes is a more urgent project than the empowerment of women in the community.

Faisal Shehzad’s case, and the unending quest to typify all aspects of his personality as telling paradigms that would help spot likely terrorists, again throws this question of racial and gender identity into question. To feminists, both American and Pakistani-American, it should expose the complicity of both racial and sex discrimination in imposing unequal burdens of speech and silence on the women in the middle.