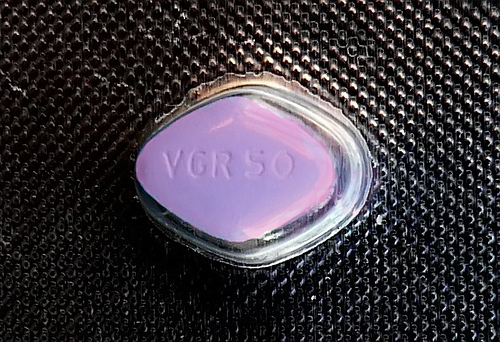 Welcome to the latest attempt by a pharmaceutical company to cash in on the Viagra phenomenon and market a sex drug for women. Boehringer Ingelheim has a brain drug (not so different from an anti-depressant), Flibanserin, that supposedly enhances sexual desire in women, and they are taking their case to the FDA this coming Friday, June 18.

Back in 2004, the feminist New View Campaign had a significant presence at the FDA hearing for Procter and Gamble’s testosterone patch for women. The group’s activism against the drug application made a difference, and the drug was not approved. This effort was captured in Liz Canner’s new documentary, Orgasm Inc.

This time the feminist presence will be just as strong. See the petition here.

Here is my own letter to the FDA:

I am writing to encourage you not to approve Flibanserin on June 18, 2010.

The implications of approving a serotonergic medication for pre-menopausal women who complain of low sexual desire are far-reaching and troubling.

Marketing this drug to women ages 18-50 is of grave concern.  Many women complain of low sexual desire, particularly during pregnancy and post-birth. And yet, serotonergic drugs have been shown to have harmful effects in pregnant and breast-feeding women.

Flibanserin, chemically, is not so very different from an SSRI, and this is a concern. Ever since SSRIs were approved by the FDA, we have learned about their adverse health effects, and while many have benefited from these medications, a significant number have been harmed. Like an SSRI, Flibanserin is a daily medication that takes 4-6 weeks to have any effect–an effect that, judging from the trials, is not far from the placebo effect. Further, the high placebo effect indicates that any problem here is much bigger than a brain problem. This highlights the strong psychological and cultural contexts that surround and shape sexuality.

As a college professor and sociologist who studies sexual medicine, I know that many of my students would be interested in this medication, but for the wrong reasons. Many 20-year old women fear that they have “low desire” relative to the demands of their partners and larger cultural expectations. When they hear the media hype associated with this drug, they might be tempted to approach Flibanserin as something akin to a performance enhancer that will enable them to be orgasmic, an experience many young women long for. Further, they (and we) do not know the potential long-term effects of taking a drug like Flibanserin for the rest of their sexual lives.

For all of these reasons, I would approve a pronounced commitment to sexual education on the part of our government. But I would hope that our government would not approve a medication that has the potential to be used for the wrong reasons in a culture where, sadly, being sexually active matters more than most things, and medical disorders are used only when convenient by drug manufacturers.