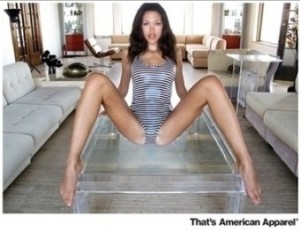 Ms. brings you our faves from the blogosphere during June 14-18: from mail-order wombs to American Apparel’s employee manual to Margaret Cho!

From Jezebel: Master sleazeball and American Apparel CEO Dov Charney offers a flimsy rejoinder following the recent s**t-storm over his company’s elaborate and creepy photo-vetting hiring process, chronically grotesque ad campaigns and bizarrely meticulous appearance standards for its retail store employees, where some clothing in sizes larger than 6 is not sold.

Also at Jezebel, the disturbing story of an Ivy League doctor’s experimentation with female genital mutilation and use of vibrators on young girls at Cornell University.

From Democracy: A Journal of Ideas: E.J. Graff reveals rampant corruption in many nations’ adoption procedures, and debunks the myth that there are millions of healthy babies in the developing world in need of a western home.

From RaceWire: The outsourcing of pregnancy and childbirth has become a full-fledged industry in India–what it means for the poor rural women whose wombs are up for rent.

From The Frisky: Margaret Cho talks to the Frisky’s Jessica Wakeman about camel toe, songwriting, domestic violence and why so many women comedians are lesbians.