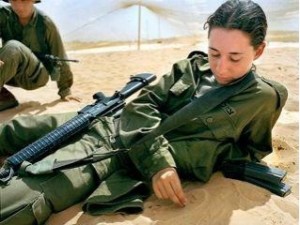 “Up the skirt, pull down the panties.”

That’s reportedly how U.S. military recruits learn a certain rifle movement during boot camp. With sexualized language teaching routine military procedures, should we be surprised that the military too often punishes victims of sexual abuse rather than the perpetrators? Natalie Wilson’s article “Culture of Rape,” looks at the plague of sexual assault in the military in the new, Spring issue of Ms.

To read more, head to your local newsstand or Borders for your own copy, or become a member now to receive Ms. year-round.