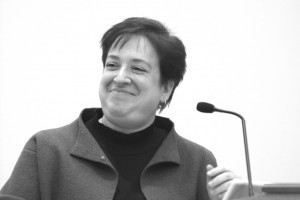 This week, we take a close look at Elena Kagan’s record on abortion; meanwhile, conservatives go after her for supporting transgender rights and for not supporting the mysterious fringe legal theory of “tentherism.”

Elena Kagan’s Supreme Court confirmation hearings kicked off on Monday. Her nomination has been met by glum resignation on the left and indifference on the right, as Adam Serwer notes in the American Prospect. Kagan is hoping to replace the Supreme Court’s most prominent liberal, Justice John Paul Stevens, who stepped down earlier this week. Progressives are counting on Kagan to shore up the pro-choice faction on the court.

Kagan has never been a judge and she hasn’t published very many academic law opinions. As a result, the confirmation process is leaning heavily on her counsels to President Bill Clinton as a White House adviser, her clerkship with legendary liberal Supreme Court Justice Thurgood Marshall, and her stint as Dean of Harvard Law School.

RH Reality Check has video of a key exchange in Kagan’s confirmation hearing yesterday, in which Sen. Dianne Feinstein (D-Calif.) pressed Kagan on her views about life and health exemptions for the mother within abortion bans.

“Do you believe the constitution requires that the health of the mother be protected in any statute restricting access to abortion?” Feinstein asked Kagan.

“Senator Feinstein, I do think that the continuing holding of Roe and Doe v. Bolton is that women’s life and women’s health have to be protected in abortion regulation,” Kagan replied.

That’s a good start, but it’s hardly the ringing endorsement of choice that progressives would have hoped. Kagan went on to talk the special case of “partial birth abortion bans,” which she encouraged Bill Clinton to support while he was president. “Partial birth abortion” isn’t even a medical term. It’s a marketing term coined by anti-choicers in their bid to chip away at Roe v. Wade. For pro-choicers, it’s disappointing to see Kagan uncritically buying into that frame.

Title X and the Gag Order

Jodi Jacobson discusses Kagan’s record on choice issues in greater detail at RH Reality Check. She notes that the Center for Reproductive Rights reviewed Kagan’s record and raised many questions about her views on abortion. On the bright side, CRR believes that Kagan would have struck down the Title X gag rule. Title X was established in 1970 to provide public funding for reproductive health care, including birth control.

In 1988, the Secretary of Health and Human Services imposed a so-called “gag rule” that prevented doctors from talking about abortion and required them to refer patients to services for the welfare of “the unborn.” Kagan argued in a 1992 law review article that the gag order violated the First Amendment because the government was trying to silence one point of view while promoting another.

Obamacare all over again

A Supreme Court confirmation hearing is like Shark Week on the Learning Channel. Chum’s up!

Sen. Jeff Sessions (R-Ala.) criticized Kagan for rejecting the fringe legal theory of  “tentherism,” a position that opponents of health care reform have used to argue that Obamacare is unconstitutional. As Ian Millhiser observes in AlterNet, it’s ironic that Sessions also criticized Kagan as an incipient “activist judge.” Embracing “tentherism” would be nothing if not judicial activism. It’s extremely unlikely that any tenther-based challenge would make it to the Supreme Court.

Outside the Senate chamber, anti-gay activist Peter LaBarbera is demanding to know whether Dean Kagan schemed to allow transgender people to use the bathroom of their choice, reports Stephanie Mencimer of Mother Jones.

Some Republican senators questioned Kagan about her decision to bar military recruiters from school-sponsored recruiting events at Yale Law School over Don’t Ask Don’t Tell. On the outside, a Yale grad and Republican activist named Flagg Youngblood has taken to the talk show circuit to complain about how he had to attend ROTC drills at another school. It’s not clear why any of this is Kagan’s problem, seeing as she was Dean of Harvard and took a much weaker stance on military recruiting.

That’s not cooling Youngblood’s apocalyptic anti-Kagan rhetoric, though, Adam Weinstein reports in Mother Jones. “In the last 18 months, the president and his plotting comrades have dragged the United States to the edge of Constitutional oblivion.  America’s in the eleventh hour, and Elena Obama must be stopped from pushing us over the cliff,” Youngblood recently proclaimed.