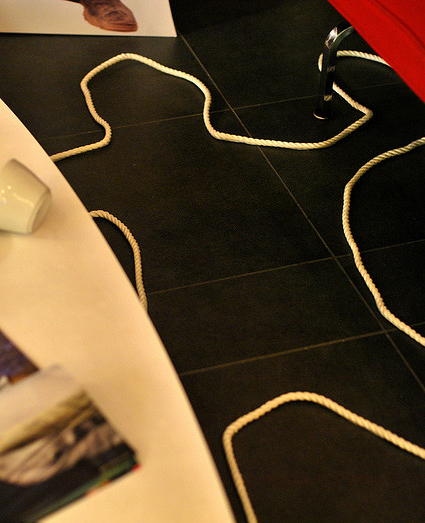 Remember Don Imus? Remember how upset we were a few years back when the wretched “shock jock” and his pals took to the radio airwaves to dis the women of the Rutgers women’s basketball team after they just missed winning the NCAA championship by referring to the black team members as “nappy-headed hos”? Remember how incensed we were about that ugly comment and how we called for Imus’s head on a platter?

Remember, also, what we said in defense of the Rutgers women? You know, how those women didn’t deserve to be disparaged because they were, in the words of their coach C. Vivian Stringer, “young ladies of class and distinction, articulate, gifted.” Remember how we rallied around those women because they seemed to stand for something we believe in—hard work, dedication, intelligence, uplift. Remember that because they were, literally and symbolically, our daughters, sisters, cousins, friends and the neighborhood talent we cheered on to victory, we did not want to have their images sullied by the likes of Imus and his crew?

But do you remember ever talking about whom the real “nappy-headed hos” were?

The question is not meant facetiously, for its answer has real consequences. The Imus brouhaha, though now several years in our national past, still resonates deeply for certain communities of black people, and not just for obvious reasons. The real take-away of that whole debacle was not just that bigotry is still alive and well in the early 21st century. We didn’t need Imus to tell us that. No, the legacy of the Imus incident is the way that we responded to it. Because in loudly proclaiming that the Rutgers women were not deserving of being called “nappy-headed hos,” we were silently suggesting that there are women who are.  And while it’s easy for us to proclaim in hindsight that “no, no, that’s not what we meant,” our history bears this out.

Erving and Lollar were two of at least eight women murdered between 2003 and 2004 in Peoria, Ill., by Larry Bright, who in 2006 confessed to the murders and was sentenced to life in prison. Greer was the victim of Shelly Andre Books, who was found guilty of murder in 2007 after being charged with killing seven black women in Detroit between 1999 and 2005. In 2000, Andre Crawford confessed to raping and murdering ten women confessed to raping and murdering ten women, including Langley, in Chicago between 1993 and 1999, for which he was convicted in 2009. Walter Ellis was charged last year with murdering Mims and six other black women in Milwaukee.

Of course, it’s difficult to “remember” women who we never really knew much about. And a major reason why we never knew much is that they and their fellow victims were, almost universally, economically depressed black women known or suspected to have been involved in prostitution and drug use. What’s more, these are not, sadly, isolated incidents. There have been numerous cases throughout the country of black women, most but not all of who were involved in prostitution, being murdered by serial killers. Many of these cases have yet to be solved, and none of them have received significant attention beyond the substantially under-supported efforts of locally based grassroots organizers.

Clearly that old convenient scapegoat “the media” deserves some blame here. Take for instance the recent “Grim Sleeper” case. On a day when Lonnie David Franklin Jr., a man who allegedly killed at least 10 black women and one black man over the course of 20-plus years, was due to be arraigned in a Los Angeles courtroom, his case was overshadowed on major media outlets by what? Not the verdict in the Oscar Grant case, which was itself largely overshadowed. No, the much-anticipated decision about where basketball star Lebron James would play next season took precedence over both the police slaying of (yet another) young black man and the murders of 10 black women. To the extent that certain media outlets are concerned at all about the Grim Sleeper case, it seems to be primarily because of the emergent and controversial DNA technology used in apprehending Franklin. Or it is fueled by the macabre infatuation the American public seems to have with serial killers themselves. Concerns about who these murdered women were, who their families were, or what their lives were like, all seemed to have been wrapped up in a few tidy words: young, black, poor, prostitute.

(However, it was a woman reporter, Christine Pelisek, broke the Grim Sleeper story for the LA Weekly in 2008, getting a police officer to admit that there was a DNA connection between recent murders in South Los Angeles and ones committed decades earlier.)

Yet, although we can most assuredly point a finger at the media, those fingers pointing back at us can hardly afford to be ignored. Because in our haste to trumpet our achievements and herald our success stories—of which the Rutgers women are definitely one—we too often forget about our other kin. Scores of black women have been murdered or disappeared in this country and our “leaders” don’t come running. We don’t demand government accountability, take the media to task, or mount protests on a national scale.

Yet this is a matter of life and death. If we had made as much noise about the women who were going missing and turning up dead in places like Peoria as we had the Rutgers women, perhaps their murderers would have been stopped sooner. And, if we valued prostitute women victims as much as we do collegiate victims, then perhaps we could begin to mobilize a wide-scale political effort that calls to task the police complacency, ineffective government policies and media neglect that aid in the ongoing femicide of prostitute women and women of color.

Ultimately, whether or not they ever attain college degrees or obtain lofty titles, these women who live their lives at the margins of our existence are also our mothers, daughters, sisters, cousins and friends, and they are just as worthy of being defended, loved, respected and mourned as the rest of us.

And that is worth remembering.

Terrion Williamson is an associate professor of English and African American and African studies at the University of Minnesota.