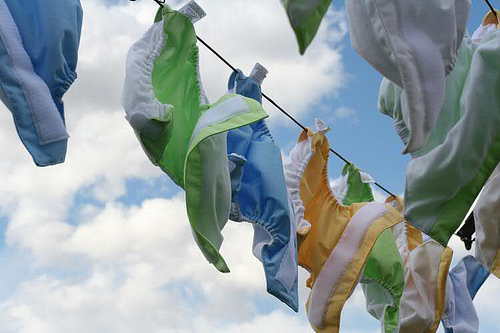 Élisabeth Badinter’s new book, Le Conflit: la femme et la mère (Conflict: the woman and the mother) is causing quite a stir on the European continent. Badinter, a French feminist and philosophy professor at the prestigious École Polytechnique, is no stranger to controversy. In her previous book, Fausse route (Wrong Way), she blamed American feminists Andrea Dworkin and Catharine MacKinnon for creating a culture of victimization. In her latest outing, Badinter argues that environmentalism, motherhood and American women are chipping away at the rights women have gained in the last 30 years.

But Badinter doesn’t mean your run-of-the-mill motherhood: Rather, she targets groups like La Leche who support breast-feeding, co-sleeping activists  and environmentalists who insist on cloth diapers and homemade baby food. These culprits, she indicates, are re-creating a form of motherhood better left in the nineteenth-century with Jean-Jacques Rousseau and others who vehemently believed in the naturalistic notion of maternal instinct.

Badinter argues that women have sacrificed their struggle for their own rights to be oppressed by new “tyrants”—their babies.  As she quips,

It may seem derisory, but powdered milk, jars of baby food and disposable nappies were all stages in liberation of women.

Hence Badinter’s title, Conflit, which indicates what she perceives as the increasing divide between women’s identities—where one is either a woman in possession of her present and future or a mother who seeks nothing more than the welfare of her children. In Badinter’s estimation, the cultural emphasis on the activities that a woman must partake in order to be a “good mother” are taking over women’s lives, forcing them out of the workplace and making them feel guilty when they fail at an elusive goal. So, mothers have become slaves to their children, and female sacrifice at the altar of reproduction is the problem. Badinter told The Times of London,

We live 80 to 85 years in our industrialized countries, and children take up 20 to 25 years of that. Staking your whole life on 20 years is a bad bet.

Is Badinter bombastic? Absolutely. But hey, she’s French, and that’s how French academics do things. And her argument is not without holes. Edwige Antier, a pediatrician, author and MP, declared,

Elisabeth Badinter is an archeofeminist who does not know what are the aspirations of women today. She’s in denial of motherhood. For neofeminists such as me, it’s obvious that women want self-fulfilment both in their careers and in motherhood.

Cécile Duflot, head of France’s Green party, weighed in as well, calling Badinter short-sighted and out of touch with new feminism. Duflot said:

She blasts washable nappies as an extra burden for mothers without thinking for a second that a man could put them in the washing machine.

But Badinter is not denying that women can find self-fulfillment in both arenas, motherhood and work, nor does she entirely dismiss that men can parent as well (though she does point out the realities of who does most of the parenting). She does, however, hold fast to the philosophical tradition of Simone de Beauvoir, arguing that a woman’s identity must be determined outside of motherhood or, as she writes “a woman first and mothers second.” Badinter is primarily interested in deconstructing “essentialist feminism” which, she suggests, “boasts about bringing happiness and wisdom” to mothers and families but subverts feminism and holds mothers to a false ideal (one can never actually be a perfect mother). As she writes in Conflit,

‘Good motherhood’ imposes new duties that weigh heavily on those who do not keep them.  It contravenes the model that we have worked for until now which makes equality of the sexes impossible and women’s freedom irrelevant. It is a step backwards.

It should come as no surprise, then, that Badinter has been attacked on blogs from Germany to England to the United States. Also, no surprise that most attacks focus on Badinter’s own role as a mother of three. Every mommy blog in America—from The Wall Street Journal to The New York Times has, in some way, suggested that Badinter herself must be a bad mother. Badinter herself told the Times, “I’m a mediocre mother like the vast majority of women, because I’m human, I’m not a she-cat.” And okay, granted, when she told the Times of London that she smoked while she was pregnant, she didn’t come across smelling like roses.

But why does it also have to return to the tired meme of bad mother versus good mother? It’s as if mommy bloggers are proving Badinter’s point for her—Badinter suggests that the culture of masochism and female sacrifice to maternity is at unforeseen levels in America, where the ideology is fueled. One only needs to look at the case of Ayelet Waldman for an example.  Waldman, some of you might remember, was booed on Oprah and demonized by mothers across the country for daring to suggest that she loves her husband more than her children.  Certainly Waldman’s assertion of her sexuality and womanhood over motherhood is something that Badinter would approve of, but in this country, at least, Waldman brought only the ire of Oprah-watching mommies. Waldman would later write, in Bad Mother, that the shifting definition of American motherhood is one where self-abnegation is key:

If mom doesn’t put the kids first, she loses big time in the good mother department.

Waldman hints around what Badinter says—that a laissez faire approach to motherhood is, perhaps, the most even-keeled approach. Badinter writes,

A good mother is one who can find the right distance—neither too much nor too little.

And while Badinter’s motherhood might not be ideal for all women, I think we can all get on board with disarming the culture that guilts women to make particular parenting choices—dare they too face the wrath of booing Oprah mommies. And Badinter is right to point out that women shouldn’t lose site of the aims of feminism because they place the well-being of their children head and shoulders above that of themselves. I think we all raised an eyebrow when Pamela Paul, author of Parenting Inc., told The New York Observer:

Women are defining themselves more by their families than they are by themselves.  It’s no longer about something as selfish and self-advancing as abortion or the pill.

I think it hardly deserves pointing out that fighting for neither of these is selfish—  it’s a fight for both yourself and your children.

Perhaps in all of her hyperbole Badinter is on to something.  As birth-rates in America decline, especially among highly educated women, they remain higher in France than in the rest of the Western world. Badinter chocks that up to French women’s oh-so-French approach to parenting. Is Badinter’s book perfect? No. But her argument is pertinent and as gender roles continue to shift in this country, the issue of gender equality shifts with it. A recent report released by the Pew Research Center found that France was most emblematic of the gender gap. According to Victoria Shannon in The New York Times:

One hundred percent of French women and 99 percent of French men backed the idea of equal rights. Yet 75 percent also said that men there had a better life, by far the highest percentage in any of the countries in which polling took place.

What’s also clear from Pew’s study is that the French are having a more honest and open conversation about gender then perhaps we are here in the States, and Badinter’s book is part of that conversation. So maybe we should infuse some of Badinter’s thesis into our own discourses of maternity, sexuality and feminism. Besides, wouldn’t that conversation be a lot more palatable with some red wine and creamy cheeses?

The English translation of Conflit will be out next year.

Cross Posted from This Week in Lady News

Image above of cloth diapers from Flickr user simplyla under Creative Commons 3.0