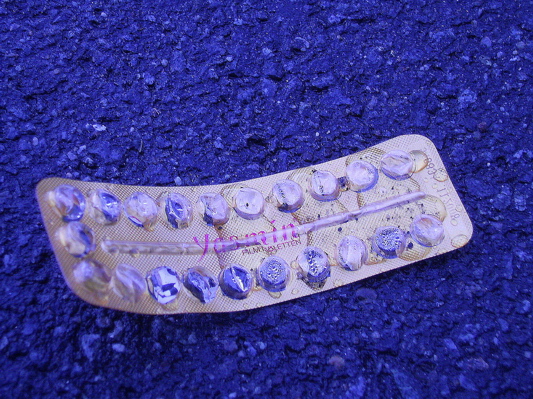 LeBron may be gone and the Cuyahoga River no longer catches on fire but Cleveland still has Dennis Kucinich, the Rock & Roll Hall of Fame and something even most Clevelanders will find surprising: America’s only exhibition of contraceptives.

Tucked away in the halls of the Dittrick Medical History Center at Case Western Reserve University, is a collection of beaver testicles, cat bones, crocodile dung, ear wax from a mule, spider and deer skin, Mexican yams, formaldehyde powder, Goodyear Tire rubbers, rhythm beads, seed wool, dates, honey, sponges, diaphragms, loops, pills and IUDs, all displayed in a chronological tribute to women’s attempts to control their fertility over the past 1,000-plus years.

“People used all kinds of things and they’ve been doing this forever,” says Jimmy Wilkinson Meyer, guest curator of “Virtue, Vice, and Contraband: A History of Contraception in America” at the Dittrick Center. “The oldest mention of contraception is in an Egyptian papyrus scroll from 1550 BC,” which describes a prescription for a cottonseed wool, acacia and date-seed infused tampon that was said “to cause a woman to cease to conceive for one to two years.”

Not all of the almost 800 methods on display were effective, though. Cat bones, amulets and magic clearly weren’t, but “some of this stuff actually worked,” says Meyer, pointing to the cabinets chock full of examples of early contraceptives. Even those that seem ridiculous today, such as the early-Egyptian tampon, could have controlled fertility. “Acacia contains a spermicide,” Meyer explains. Like some of the other compounds women used, it contained lactic acid, a component of birth control today.

Without a formal scientific education, women in Mexico discovered that yams prevented pregnancies, according to the exhibit. Scientists took this folk medicine and used compounds extracted from the root veggies to develop the modern birth control pill. “That’s part of this amazing story that we don’t know,” Meyer says. “We think we know all there is to know.”

Learning this surprising history fascinated Percy Skuy, who amassed this collection. Skuy, the former CEO of Ortho Pharmaceuticals in Canada, which has manufactured birth-control devices such as diaphragms and spermicidal jelly since the 1930s, started gathering these artifacts while he was in the company’s marketing department. Says Meyer, “He decided to spice up his booth at trade shows so he got a contraceptive or two and he realized this drew people to his booth.”

So Skuy began collecting more contraceptives, not knowing what he would find. He fell in love with the stories behind each item and would take his ever-growing collection with him on the road. It finally grew too large to travel and he set it up at Ortho’s Toronto factory. But when Ortho changed hands he had to find a new home for it. After talking to several museums in the U.S. and Canada, he chose the Dittrick Center. “This collection crosses the boundaries between medical history, social history, women’s history as well as technology,” Meyer explains.

Like Skuy, I became entranced by the stories behind each object. A visit to the Center reveals how birth control lore was handed down orally by women in America during the 17th and 18th centuries; how Anthony Comstock, the once-powerful czar of the U. S. Post Office, made mailing information about birth control illegal; how Margaret Sanger, who’d been jailed for publishing an “obscene” booklet describing birth control methods, dedicated her life to overturning Comstock’s law. I also found out that while the Comstock law of 1873 was amended in 1971, it’s still in place to prevent the import of obscenity–but without the contraception clause.

All this and a history of the pill, IUD’s, diaphragms, condoms, sponges and more reminds the visitor that the search for the perfect birth control method is nothing new. And seeing the displays, it’s impossible not to think about the countless women who have stories that they’ve buried throughout their lives. Meyer adds, “It gives me the chills to think to what lengths women have gone to and how we’ve put barriers in women’s way in order to prevent her from controlling her own body.”

Sex has always been the perfect complement to rock ‘n’ roll, so after a trip to the Rock & Roll Hall of Fame take a tour of the exhibit “Virtue, Vice, and Contraband: A History of Contraception in America.” It will make you appreciate modern science and all the women over the centuries who’ve paved the way for the many choices we have today.

Here’s a video of my visit to the museum, including my conversation with Meyer: