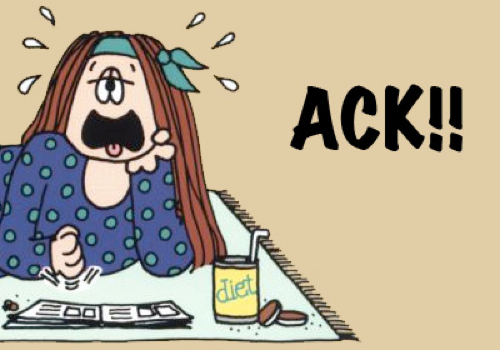 By now you’ve probably read a news article with the lede: “Ack! The Cathy comic strip is ending!” Yes, it’s true. Cartoonist Cathy Guisewite, 60, announced yesterday that she will retire the 34-year-old comic strip in October for the usual reasons: to spend more time with her family and pursue other creative projects.

As stereotypical as the “Cathy” comic strip (which I’ll admit I haven’t read regularly since high school) was regarding single ladies, I’m not about to say “Good riddance!”

When the “Cathy” comic strip started in 1976, some victories of the women’s movement were still fresh on people’s minds. The birth control pill had been around for over a decade. Yale University had begun admitting women seven years earlier. Ms. had been on newsstands for five years. Abortion had been legalized three years before. All this is to underscore the point that at the time the “Cathy” strip first appeared, it was an exciting and liberating time to be a single woman.

I’m not saying the “Cathy” strip was particularly feminist, because it wasn’t: The character was obsessed with finding a husband and watching her weight. But Cathy the character and Cathy Guisewite the cartoonist set a precedent in pop culture that the lives of women—especially single career women—were worth exploring.

Who owes the biggest debt to “Cathy”? One of my favorite TV shows, 30 Rock, which fondly lampooned the strip:

Excerpted from the Frisky; to read the rest, click here!