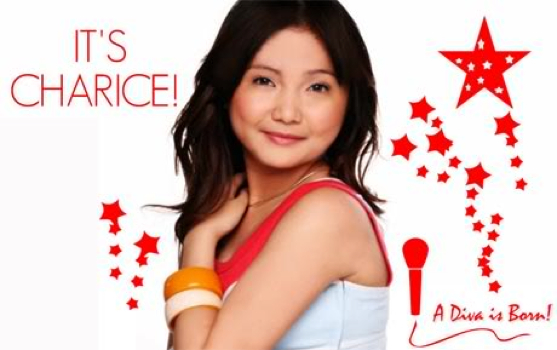 After reading reports that Charice Pempengco, an 18-year-old singer who recently landed a part on Glee, got Botox treatments for her TV debut, I proceeded to bang my head against a wall–ironically achieving the same goal of altering the shape of my face through frustrated self-inflicted violence that Charice accomplished with poisonous injections.

No, in reality I am a nonviolent, non-masochistic person, so instead of head-banging I started compiling a mental list of teens I know that have had cosmetic procedures. The classic “Happy-16th-Birthday-Honey-Here’s-A-New-Nose” bit is probably the one I hear of most frequently. While I am currently unaware of any who have had Botox (despite The New York Times claim that teen Botox is becoming an epidemic, with 12,000 injections performed on Americans teens last year), I do know that a local dermatologist who solely peddles Botox has a thriving business–and don’t think that Mom coming home with a new face goes unnoticed by her daughter.

But here’s the thing: The epidemic that is plaguing teens is not the use of Botox or other cosmetic procedures. That is just a symptom of the disease–the disease of nonexistent self-esteem.

This disease is spreading amongst my peers via a one-two punch: constant saturation with images of bodies we can never achieve, and the resulting inability to believe we have the right to love ourselves. In addition to the fact that the average person is exposed to 3,000 advertisements every day–many in the form of a brutally Photoshopped, or just plain starving, model–the paparazzi has gone into overdrive in the past few decades, inundating us with images of bodies that definitely do not represent the norm, or in many cases, what’s healthy.

And while we blame the media, celebrities and advertisements, often overlooked is the body competition the Internet enables. Many teens will spend hours on Facebook scanning through profiles of girls they think are prettier than them, relentlessly making unfair comparisons and criticizing themselves. That goes hand in hand with our new hobby of spending hours taking photos of ourselves, especially in poses we think enhance our features (try listing that under ‘extracurricular activities’ on a college app). We’ve entered an era that makes it impossible not to compare ourselves to others at all times, and more often than not we come out on the other side completely defeated.

In light of this culture of self-criticism, the idea that we could love our bodies, that we even have the right to love our bodies is almost unthinkable to teens. That’s why, no matter how many times our friends or mothers tell us we’re beautiful, we’re still not going to believe it. Often, we won’t believe it until there is a self-inflicted change we can see. Enter crash-dieting, manic exercising, plastic surgery, and now, Botox. This is also why when girls who do have self esteem come along (they are not yet extinct), and know that they have the right to love themselves, girls with low self-esteem label them bitches who are full of themselves–because the alternative, the reality, is seemingly impossible.

It’s frustrating to me that the media would take a case of an 18-year-old having a cosmetic procedure that she doesn’t “need” and frame what is clearly a symptom as the problem. But there is hope! As a teen myself, I must admit there are days I struggle to not look at myself and think, “I really hate my [insert body part here].” But I also know that I deserve be comfortable in my own skin, and that is thanks to the feminist movement. Reading books like The Body Project and Perfect Girls, Starving Daughters helped me realize what I was buying into, which allowed me to opt out. While that might not be the answer for all girls, one fact remains certain: Change will not come from refusing teen girls their diet pills or Botox fixes. It’s going to have to be much deeper than that.

ABOVE: Promotional image of Charice Pempengco.

17-year-old Founder and Editor of the FBomb (http://thefbomb.org) - a blog/community for teenage feminists.