How Much Worse Can the Mosque Bashers Get? Ask Big John - Ms. Magazine
Skip to content 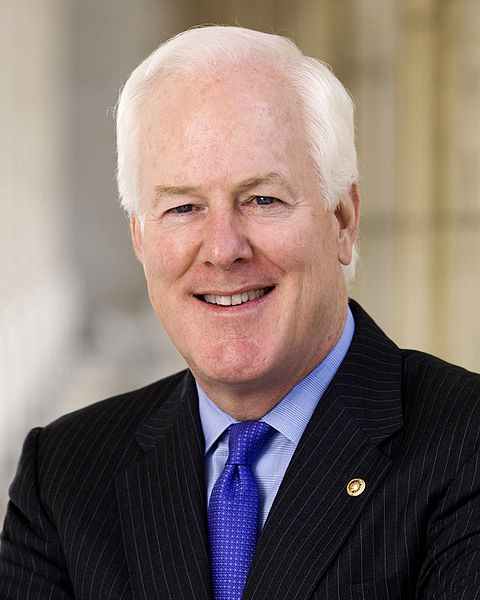 On Fox News Sunday,” Sen. Jack Reed (D-R.I.), speaking of the controversy over the building of a mosque near Ground Zero, said troops in Afghanistan are being asked to find common ground with Muslims. “If we can’t do that here in the United States, we’re going to have a very difficult time over there,” Reed said.

National Republican Senatorial Committee Chairman John Cornyn of Texas (left) responded that “It’s unwise to build a mosque in the site where 3,000 Americans lost their lives as the result of a terrorist attack.” –The Washington Post, Aug. 16

“In the site?”  I had to highlight Big John’s words, which are not only wrong but inflammatory. The mosque is being built within a larger community center two blocks from Ground Zero, as everyone should know unless they’ve been in a coma for the last few months. Cornyn’s statement is scare propaganda at its worst, and it was carefully calculated to be just that. He knows that the mosque is not being built “in the site where 3,000 Americans lost their lives”  but he also knew his audience last Sunday morning–those who believe that everything said on Fox News is gospel–and that this lie would spread around the country about as fast as it takes to hit “send.” ( I can see it now: “I-just-love-my-country” Glenn Beck, tears streaming as he points to his blackboard with a drawing of a domed mosque rising out of the ashes of Ground Zero. I bet he won’t mention that a hangout called the Pussycat Lounge is just a few blocks from the hallowed site as well, with thanks to Andrea Mitchell for reporting that little tidbit on MSNBC.)

Such a  lie was not dropped casually or inadvertently by Cornyn.  Believe me.  As a native Texan, I’ve watched him his whole political career:  He is clever, articulate and chooses his words carefully. He is a lawyer, a former Texas attorney general and a calculating  politician who has risen to the top by first and foremost promoting “Big John,” as he likes to call himself. After all, he’s survived with nary a hair out of place in the most notoriously insane political state in the union. Now, as head of the GOP senatorial committee, everything he says as we approach the critical November mid-term election is calculated to plant more fear and loathing into the Republican’s base of birthers and tea partiers.

We dismiss such statements as Cornyn’s as just more blather at our own peril.  Big John knew exactly what he was saying.